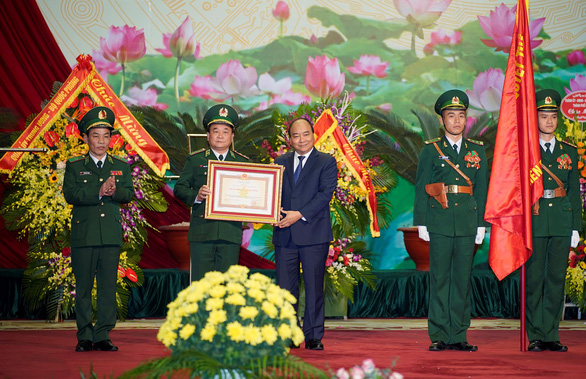 -- The Vietnamese Party and state always consider border safeguarding a main and vital mission to ensure stable and sustainable development of the nation, Prime Minister Nguyen Xuan Phuc said at a ceremony marking the 60th traditional day of the Border Guard on Saturday.

-- A delegation of high-ranking officials from the Vietnam People’s Army led by Senior Lieutenant General Phan Van Giang, Deputy Minister of National Defense, is paying an official friendship visit to Japan from March 2 to 5.

-- The Ministry of Agriculture and Rural Development confirmed on Saturday that African swine fever has recently been recorded in the northern province of Hai Duong, making it the seventh locality in Vietnam to be affected by the epidemic, following Hung Yen, Thai Binh, Thanh Hoa, Ha Nam, Hai Phong, and Ha Noi.

-- The largest cattle slaughterhouse in Vinh City, located in the north-central province of Nghe An, has been shut down due to serious environmental pollution, the municipal administration confirmed on Saturday.

-- The Ho Chi Minh City Department of Transport has announced a plan to limit the number of motorbikes in District 1, District 3, District 5, and District 10, as well as Phu My Hung and Thu Thiem Urban Areas by 2030.

-- A serious fire broke out at a market in the Mekong Delta province of Kien Giang at around 1:00 am on Saturday, resulting in damage worth more than VND2 billion (US$86,000). There were no casualties following the incident.

-- Police in the Mekong Delta province of Ben Tre on Saturday arrested a 48-year-old man for spreading content that distorted Party and state policies via four Facebook accounts to incite protests during the second U.S.-North Korea Summit in Hanoi on February 27 and 28.

-- Residents in many areas across the Central Highlands have been deprived of water, which is essential in agricultural activities and daily use, even though it is only the beginning of the dry season.

-- Low-cost carrier Vietjet is expected to receive 100 Boeing 737 aircraft, which are part of a $12.7 billion deal signed during the second U.S.-North Korea Summit in Hanoi, from this year’s fourth quarter until 2025.

-- Several tourist companies in Vietnam have decided to increase the number of tours to North Korea following the second Trump-Kim Summit, which will be offered to travelers during this year’s summer.