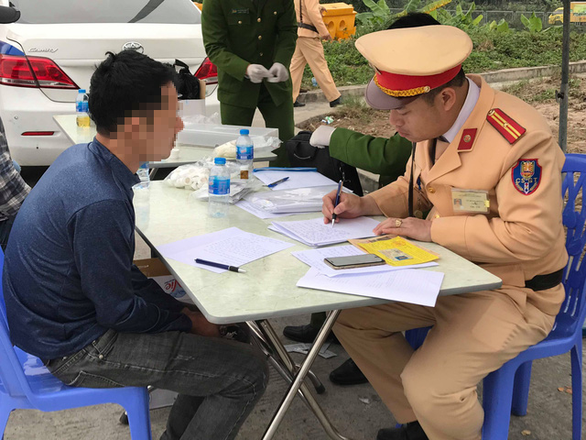 -- Police in Ho Chi Minh City have arrested Nguyen Hoang Nam, 26, for allegedly murdering his mother, father and grandmother at their home in Hoc Mon District on Monday afternoon, after having killed another person in the Mekong Delta province of Long An.

-- A woman in the southern province of Long An killed a robber on Monday after the criminal broke into her home and stabbed her husband to death. Police are investigating the case as the woman is preparing funeral rituals for the husband.

-- An owner of a Facebook page that sells maternity dresses in Vietnam has been fined VND20 million (US$860) for posting fake news about the African swine fever epidemic in early March.

-- The People’s Procuracy in Binh Duong Province confirmed on Monday it had completed the indictment for 39-year-old Nguyen Thai Duong, a car driver who fatally crashed into two young girls and later found to have used a fake license in February 2017.

-- Officers in the Central Highlands province of Gia Lai have apprehended a 32-year-old man for murdering another man who had been discovered flirting with his wife via text messages. The victim also owed money from his attacker.

-- A nine-year-old boy in the northern province of Yen Bai has recently been hospitalized after he had his genital bitten by dogs kept in the family.

-- Traffic police in Ho Chi Minh City are expected to continue carrying out sudden inspection of trailer truck drivers at the city’s entrances in terms of alcohol and drug level within the second quarter of this year.

-- A representative from Vietnamese largest dairy producer Vinamilk told Tuoi Tre (Youth) newspaper on Monday that the firm had recently purchased 1,600 cows for its farm complex in the north-central province of Thanh Hoa.