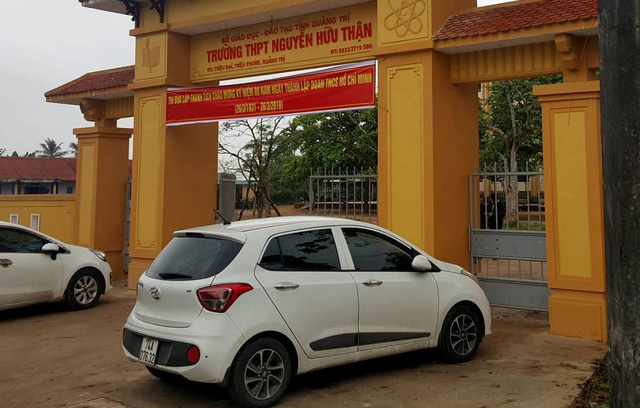 Six high school students have been arrested for allegedly gang-raping a 16-year-old girl in the central Vietnamese province of Quang Tri, as police are verifying the involvement of four other individuals.

Minh added that as many as ten individuals were involved in the case, but only these six schoolboys are being held for investigation, as officers continue to clarify the involvement of the other four, including three male students and an 18-year-old man.

The nine schoolboys are students of Nguyen Huu Thuan and another high school in the locality.

Leaders of both schools have been asked to submit their reports to the provincial Department of Education and Training.

According to preliminary information, P. attended a birthday party of a friend at a local eatery on the evening of March 24.

At around 9:00 pm the same day, the girl was taken home unconscious by her friends, before her family members took her to a local clinic.

Doctors at the facility later discovered signs indicating that she had been sexually assaulted, and the case was reported to police officers.

P. was transferred to the Quang Tri General Hospital and was discharged the following night.

In their statements, the schoolboys confessed that they had deliberately tricked the girl into drinking alcohol until she was drunk, before taking turns to rape her.