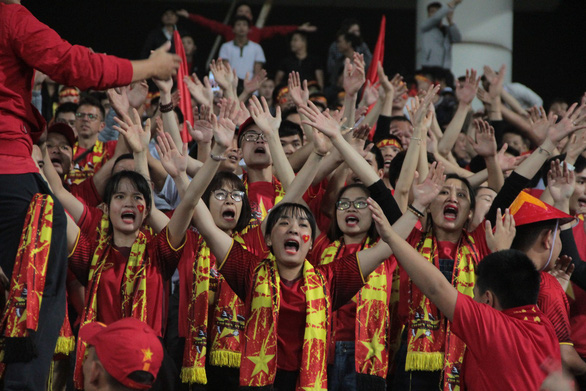 Read what is in the news today, March 27!

-- The Ministry of Transport is proposing a VND7.1 trillion (US$304.82 million) plan to erase over 4,100 illegal railway level crossings created by residents in a bid to improve the safety of Vietnam’s railway system.

-- Hoanh Nhu Cuong, deputy director of Ho Chi Minh City’s Management Authority of Urban Railways, which oversees construction of the city’s No.1 metro line, has received a warning from the Party for traveling to the U.S. for nearly four months between December 2018 and March 2019 without permission.

-- Police officers in the Mekong Delta province of Kien Giang on Tuesday arrested a group of local “loan sharks” who operated behind the front of an air ticket agent to issue loans with yearly interest rates of up to 288 percent.

-- Six male high school students in the north-central province of Quang Tri were detained by police officers on Tuesday for their suspected roles in the alleged raping of a tenth-grade schoolgirl as they all attended a birthday party.

-- Authorities have destroyed more than 64,000 pigs infected with African swine fever in Vietnam as the highly contagious disease had been found in 21 provinces and cities in the country’s northern and north-central regions as of Tuesday.

-- From June 1, information of all drivers who violate traffic laws in Vietnam will be made available online for access from both the Ministry of Transport and the Ministry of Public Security, allowing the government bodies to better communicate with each other in handling the violators.

-- Ministry of Public Security investigators on Tuesday launched criminal investigation against four suspects, including one Chinese and three Vietnamese, for their roles in a transnational drug ring responsible for the transportation of hundreds of kilograms of meth from Vietnam to Taiwan that was busted in the Philippines last week.

-- Droves of filling stations in Vietnam have temporarily stopped selling RON95 petrol, blaming insufficient supply, despite the Ministry of Industry and Trade insisting that the gasoline is still plenty in stock.

-- Vietnam will ban imports of scrap plastics for recycling purposes after 2024, Deputy Prime Minister Trinh Dinh Dung said on Tuesday as efforts are sought by the Vietnamese government to prevent the country from being the recipient of the world’s garbage.

-- Two Vietnamese airlines – Jetstar Pacific and Vietnam Airlines – will add thousands of flights to their regular schedules during the upcoming Hung Kings’ Festival, which lasts from April 12 to 15, while budget carrier Vietjet has not announced any plan on adding services during the holiday.

-- Vietnam have booked a ticket to the finals of the 2020 Asian U23 championship, hosted by Thailand, after routing the Thais 4-0 in their last Group K qualifier in Hanoi on Tuesday.