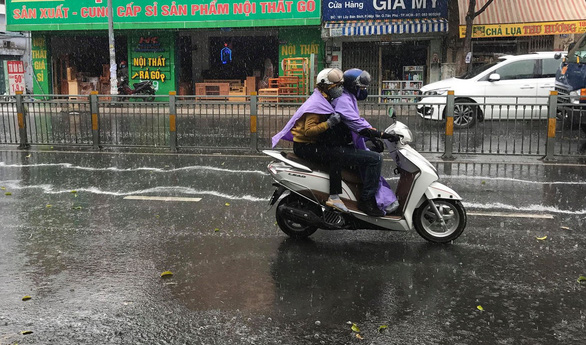 It remains scorching in southern Vietnam despite unseasonal rains

Southern Vietnam, which has been suffering from sizzling temperatures over the last week, will be affected by unseasonal rain in the next ten days, but the rainfall is expected to be too low to alleviate the blistering weather.

The rain will be accompanied by thunderstorms and occur mainly in the evening, according to the southern hydro-meteorological center, which said that the weather will remain hot in the morning and afternoon.

Rainfall will be highest on April 3 and 4, affecting six to seven provinces and cities, or about one-third of the southern region.

The highs forecast for provinces in the Mekong Delta range from 34 to 36 degrees Celsius.

The dry season is reaching its peak in the region, while the rainy season is likely to start in mid-May, which is quite late compared to last year.

Meanwhile, some localities in northern Vietnam have been affected by a cold spell as of early Monday morning, according to the National Center for Hydro-meteorological Forecasting.

The cold front, which brings showers and thunderstorms, is expected to continue impacting other provinces and cities in the north before hitting the south-central and central regions.

It is forecast to rain in multiple places, including Hanoi, on Monday evening and night, causing the temperature to drop.

The highest rainfall will occur in Hoa Binh and Son La Provinces.