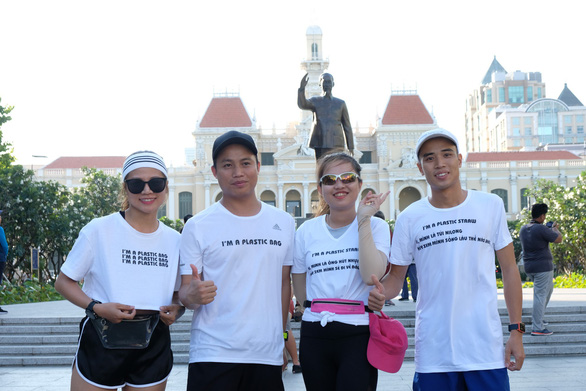 -- India’s naval ships Ins Kolkata and Ins Shakti arrived at Cam Ranh Port, located in the south-central province of Khanh Hoa, for a goodwill visit to Vietnam from April 13 to 16.

-- Vietnam arrested two citizens on Saturday for smuggling 26.6kg of drugs from Cambodia.

-- Rangers at Con Dao National Park, located in Con Dao Islands off the southern Vietnamese province of Ba Ria-Vung Tau, saved a turtle stuck in fishing nets and washing up ashore on Friday, the management of the park said on Saturday.

-- Rain is in the forecast in northern Vietnam from Saturday to Monday, whereas heat will hit the central and southern parts of the country during the period.

-- Dairy firm Vietnamilk and Cho Ray Hospital in Ho Chi Minh City on Friday signed an MoU on a nutrition program to provide healthcare for one million patients and senior citizens in 2019-2021.

-- Ho Chi Minh City businesses have committed VND34,460 billion (US$1.5 billion) in investments so far in Nghe An Province, according to figures announced at a meeting to sign an agreement on economic and social cooperation between the two locales on Saturday.

-- Authorities in Quang Ninh Province, located in northern Vietnam, have suspended a private kindergarten after a video surfaced on Thursday last week online of its teachers abusing kids during afternoon naps.