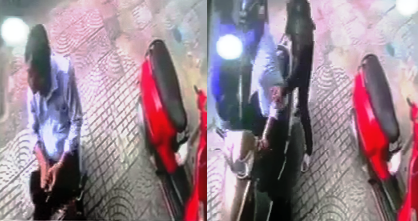 An economic affairs officer was caught in the act of accepting bribes from a store owner in District 1, Ho Chi Minh City last week, thanks to a tip-off.

Local police confirmed on Sunday that they are detaining Phan Ho Hung Doan, 34, who is in charge of economic affairs of Ben Thanh Ward in downtown District 1 for an investigation into bribery allegations.

As the chief of a joint inspection team of the Ben Thanh People’s Committee, Doan came to a business store on Le Thi Rieng Street on April 11 afternoon to meet the owner, according to initial reports.

He demanded cash in return for his ignoring the owner’s violations in his business.

Plain-clothes police showed up and took him to the police station when Doan was receiving an envelope from the anonymous owner.

Police checked the envelope and found VND5 million (US$216) inside. The economic affairs officer admitted to taking the bribe.

Undercover police officers had been tasked with following Doan after they received a tip-off from a source.

Those taking bribes worth VND2 million (86) to less than VND100 ($4,300) million shall be subject to two to seven years in prison, according to the Vietnamese penal code.