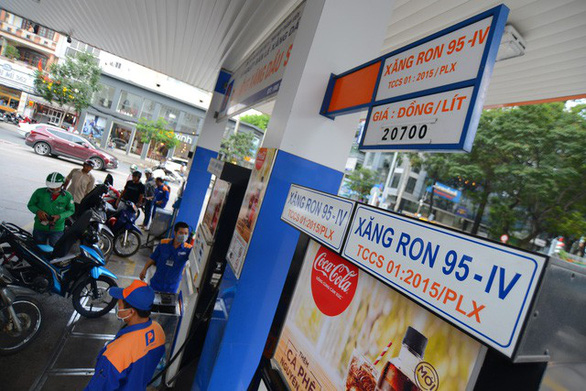 -- Vietnam on Friday began a two-day national mourning for former State President Le Duc Anh, who passed away at the age of 99 on April 22.

-- Prime Minister Nguyen Xuan Phuc hosted a reception in Hanoi on Thursday for high-ranking delegations from Cambodia and Laos who are in Vietnam to attend the state funeral for former President General Le Duc Anh on Friday and Saturday.

-- Vietnam’s Defence Minister Ngo Xuan Lich and his visiting Japanese counterpart Takeshi Iwaya held talks in Hanoi on Thursday, during which both sides agreed to continue pushing forward the effective and substantial development of bilateral defence ties during 2019 and following years.

-- Many Vietnamese Facebook users have applied to their profile pictures photo frames with messages condemning the act of driving under the influence of alcohol, after two women were killed in a DUI hit-and-run crash in Hanoi earlier this week.

-- Police in the southern province of Tien Giang on Thursday detained and launched legal proceedings against a local 52-year-old man for allegedly raping his neighbor, a 11-year-old girl, multiple times in 2018.

-- Doan Thi Huong, a Vietnamese woman who spent more than two years in a Malaysian prison on suspicion of killing North Korean citizen Kim Jong Nam was freed on Friday.

-- Vietnam’s trade surplus in the first four months of this year shrank sharply to US$711 million from $3.7 billion during the same period last year due to surge in imports of several commodities, the General Statistics Office has reported.

-- Vietnam hiked fuel prices for the third time in a row since early April, with A95 gasoline now selling at VND22,191 a liter, up nearly VND1,000 from the previous rate.

-- The private sector, which contributes nearly 42 percent of the national GDP, is one of the important driving forces of the Vietnamese economy, Prime Minister Nguyen Xuan Phuc said in his address to the plenary session of the Vietnam Private Sector Economic Forum 2019 held in Hanoi on Thursday.

-- Vietnam’s football should be well prepared to be able to grab the opportunity of playing at the World Cup, as FIFA may increase the number of participating countries to 48 from the current 32 starting from the 2020 edition, Park Han Seo, head coach of the Vietnamese national football team, told the media on Thursday.