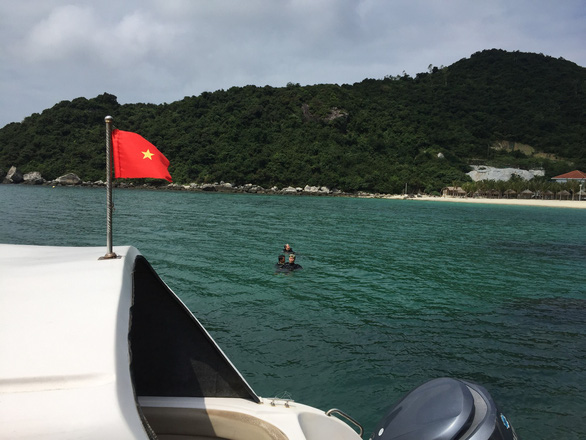 Vietnamese localities in dispute over tourist volumes to Cham Islands

Local authorities in the central province of Quang Nam, home to the famous Cham Islands, and its neighboring coastal city of Da Nang are butting heads over the number of visitors that should be allowed to visit the island, a battle pitting development against environmental protection.

Quang Nam authorities say tourists should prohibited from visiting the islands en masse while Da Nang is doing what it can to bring as many people there as possible.

The Cham Islands, known in Vietnamese as Cu Lao Cham, constitute a group of eight small islands which form the Cu Lao Cham Marine Park, a world Biosphere Reserve recognized by UNESCO in 2009.

The popular travel destination, administered by Quang Nam, is accessible by boat from the provincial capital city of Hoi An.

Tourists in Da Nang who wish to visit the island must first travel 30km by road to Hoi An before boarding boats to the islands.

This tourist route is strictly monitored by Quang Nam administrators who fear that an influx of visitors will affect the Cu Lao Cham Marine Park.

Recently, however, a plan announced by Da Nang authorities to allow tour operators to take tourists from the city’s iconic Han River directly to the Cham Islands on large passenger boats has the two administrations butting heads.

“We would love to open these new routes because of the demand people have to travel from Da Nang to Cham Islands easily,” a leader of Da Nang Department of Transport told Tuoi Tre (Youth) newspaper.

On April 23, the transport department issued a statement, encouraging local businesses to consider providing services on the planned route, provided that they use only modern river-sea cargo vessels with capacities of 30 to 250 guests.

The Da Nang transport department’s announcement is seen as a major issue in the eyes of Quang Nam authorities, who have severe concerns that the Cham Islands will become overloaded with tourists once proposed routes from the central city are put into service.

Current data show that around 2,500-6,000 visitors arrive on the Islands each day, nearly doubling the Islands’ 3,000 tourist capacity, according to Tran Thi Hong Thuy, director of the Cham Islands Marine Protected Area (MPA).

“Our current development strategy for the Cham Islands is to develop eco-tourism based on the three pillars of environmental protection, respect for indigenous culture, and prioritizing the interests of the local community,” said Nguyen Van Vu, deputy director of the Cham Islands MPA.

“In order to do this we are trying to limit the amount of people on the islands and try to consider quality over quantity.”

According to Vu, Hoi An has limited visitors on the clutter of islands to 3,000 per day.

“Therefore, the opening of the Han River - Cham Islands tourist route as planned by Da Nang will put the islands at risk,” the deputy director said.

Nguyen Van Dung, chairman of the Hoi An People’s Committee, said that his administration was not consulted by Da Nang authorities about the new route.

“Da Nang administrators should have sought for our approval first,” he said.

In the meantime, Da Nang Department of Transport said the initiative is still only in its planning stage.

“After this initial stage, the two parties will sit together to discuss a specific plan to realize the idea,” he said, adding that he hopes for approval from Quang Nam authorities.