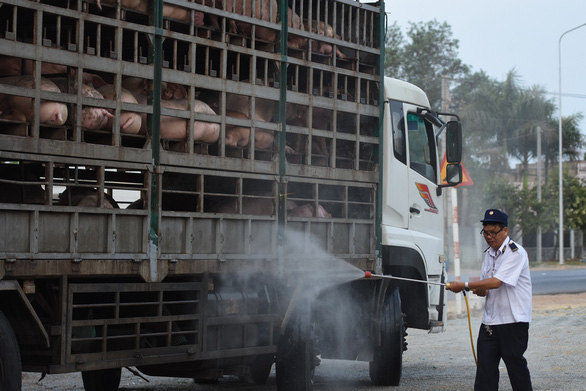 Check out what’s in the news today.

-- Three delegations of the Ministry of Industry and Trade on Wednesday launched inspection into the adjustment of power prices, which has been widely opposed by members of the public and local media, at the five corporations of the state-run Vietnamese electricity giant Vietnam Electricity (EVN) following a recent order by Prime Minister Nguyen Xuan Phuc.

-- Search is underway for two people washed away by high water of the Ba Lua Stream in Bien Hoa, the capital of the southern province of Dong Nai, on Wednesday evening.

-- Police in the central city of Da Nang said on Wednesday they busted a football betting ring that took in more than US$980,000 in wagers.

-- Chairman of Ho Chi Minh City People’s Committee Nguyen Thanh Phong called on enterprises to invest in 210 projects worth over $50 billion, mostly in the transport sector, at a conference on investment promotion on Wednesday.

-- A national forum meant to support the development of Vietnam’s technology companies was scheduled to take place for the first time today, May 9, in Hanoi with the participation of Prime Minister Nguyen Xuan Phuc.

-- Vietnamese action film Hai Phuong, whose English title is Furie, will be available on the world’s leading on-demand Internet streaming media provider Netflix in more than 100 countries on May 22, and North America in September this year.

-- The annual Ravolution EDM Music Festival will return to Ho Chi Minh City with performances by famous Vietnamese and international DJs and music producers on May 25.

-- Vietnam will face hosts Thailand in the opener of the four-team 2019 King’s Cup on June 5, while India take on Curacao, according to results of a draw held in Bangkok on Wednesday.