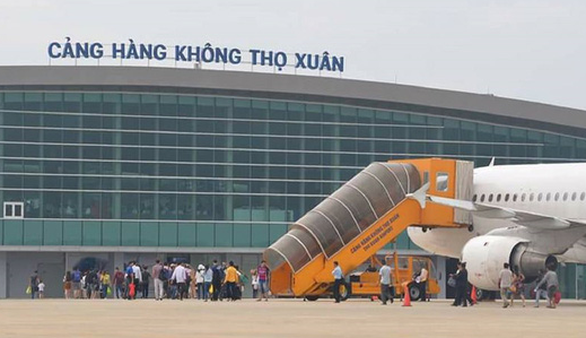 A Vietnamese man has been handed a one-year flight ban for assaulting two airport staff in the north-central province of Thanh Hoa last week.

The Civil Aviation Authority of Vietnam (CAAV) on Thursday imposed the penalty upon Le Van Hung, a 37-year-old resident in Tho Xuan District, Thanh Hoa Province.

Following the ban, which is in effect from June 6, 2019 to June 5, 2020, Hung will be put under compulsory visual inspection for an additional 12 months.

The incident occurred during a security check shortly before the man was scheduled to board a flight from Tho Xuan Airport in Thanh Hoa to Ho Chi Minh City at 8:55 pm last Saturday.

Hung refused to follow the instructions of Chu Dinh Tam, an airport security staff member, a representative of Tho Xuan Airport said, adding that the man started yelling at Tam and attempting to strangle him.

Even after he was escorted to the security office, Hung, who was handcuffed, assaulted another airport employee, causing him to bleed.

The attacker was then transferred to the police station in Tho Xuan District.

In late December 2018, a female employee at the same airport was attacked by three men after she refused to take a selfie with them.

Police in Thanh Hoa also initiated legal proceedings against the men for “disturbing public order,” which is punishable with up to seven years in prison.