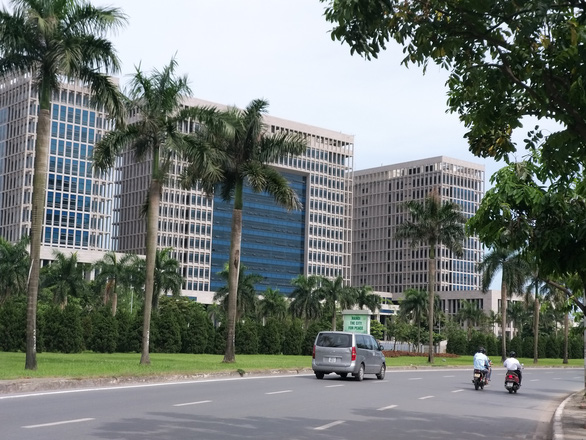 Vietnam’s Ministry of Foreign Affairs has asked the central government for a special mechanism to set up a new project to proceed with the construction of its nearly US$173-million headquarters that has been tardy for a decade because of a cost overrun, amid disagreement from the Ministry of Construction.

The Government Office is soliciting cabinet opinions on this request before any approval.

But right in the first phase of the project, a management unit formed by the foreign ministry green-lighted an estimated cost of VND5,952.7 billion ($255.7 million), which led to the value of all construction contracts totalling VND4,688.9 billion ($201.5 million), a cost overrun of VND666.2 billion ($28.6 million).

Given such a huge projection, the project is classified as a special-category construction.

The headquarters were designed to have one basement, 14 floors, a helipad, and a construction area of 16,282 square meters, exclusive of outdoor amenities such as parking, grassland, sports yards, and internal roads.

State auditors said in 2017 that many components of the project had been sluggishly implemented owing to financial constraints.

Applying a special mechanism to set up a completely new project in order to continue building the headquarters, as proposed by the foreign ministry, would cause problems in project management and construction cost oversight, which would in turn bring about losses, wastefulness, and investment inefficiency, the Ministry of Construction said.

Closing the unfinished construction packages for the formulation of the new project would be failing to conform to the law, the ministry added.

Terminating agreements with the current contractors would not be easy either, the agency warned, explaining that the responsibility for maintenance of incomplete components would not be clearly split between them and the new builders in that case.

The construction ministry advised that the project management unit under the foreign ministry should work out a master plan to proceed with the original project and review its revised cost.

It added that the foreign ministry should also ask for the prime minister’s approval for the cost revision as well as a provision of additional capital to carry out the remainder of the project.