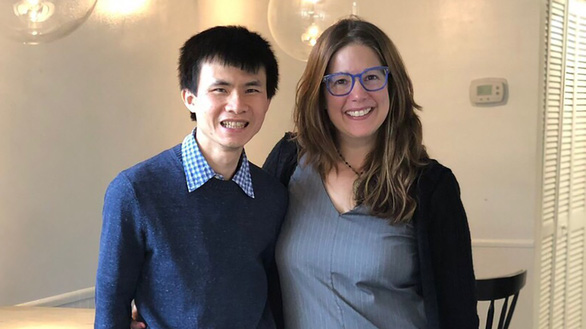 A young Vietnamese professor has been working on new ways to cure cancer for nearly a decade, and his hard work is paying off big.

After graduating from Hanoi Medicine University, Nguyen Dang Hung was awarded a scholarship to study for his medical degree in South Korea.

A few years later he was awarded another scholarship, this time to move to the U.S. to continue his research on new forms of cancer treatment, thanks in part to the recommendation of professor Sok Dai Eun – the professor who oversaw Hung’s final dissertation.

“He helped me find my place and I’m very thankful,” said Hung.

In the States, Hung and his co-researchers hit a roadblock when their work on a cancer vaccine ended in failure so devastating that he and his family considered leaving the U.S.

The team then decided to switch to cancer immunity research – an underdeveloped field at that time.

Luckily, he received a sponsorship from the University of Central Florida (UCF) and has been successfully working to create body cells with cancer immunities that could fight against the disease.

Hung hopes to award scholarships for further study in the U.S. to two Vietnamese doctors on his upcoming visit to Vietnam as a means of giving back to the medical future of his homeland.

“I want the best for Vietnam as a gratitude to my home and people,” he said about his plan.

Aside from his plan to develop Vietnam’s medical system, he’s also been establishing cell banks and new methods of cancer treatment.

His work and efforts have received lots of praise from friends and colleagues he has always desired to help Vietnam.

“He has a good heart that was born to heal people,” said one of Hung’s colleagues.

Hung got married to a Vietnamese in South Korea. When he was awarded the scholarship to the U.S., Hung asked his wife, Huong Ly, to follow him to the States so he could pursue his research.

The couple shared a room with another South Korean friend when they first moved to the U.S., and living a comfortable life was extremely difficult.

The wife shared that their time together has decreased since they moved abroad, adding she even had to give birth to their child without his support because he was so involved in his work.

“I sometimes felt lonely and was desperate to return to South Korea,” Huong shared of her first months in the U.S