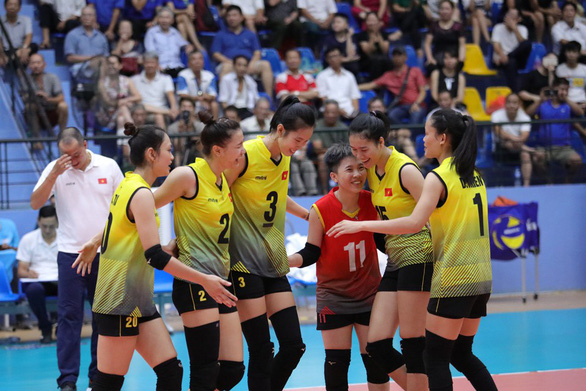 Read what is in the news today, July 20!

-- Minister and Chairman of the Vietnamese Government Office Mai Tien Dung on Friday began his two-day working visit to Laos, where he and his entourage look to cement special ties between the countries’ governments and promote experience sharing and personnel training between the two government offices.

-- More than 15,000 floating water lanterns were lit up on the Thach Han River in the north-central province of Quang Tri on Friday to mark the 72nd War Invalids and Martyrs’ Day (July 27), which honors injured veterans and soldiers who sacrificed their lives for Vietnam’s independence.

-- Vietnamese Prime Minister Nguyen Xuan Phuc on Friday sent a message of condolences to his Japanese counterpart Shinzo Abe over the death of at least 33 people in a suspected arson attack at an animation studio in Kyoto the previous day.

-- Ho Chi Minh City’s budget revenue in the first half of 2019 has met 48.43 percent of its assigned whole-year target of VND400 trillion (US$17.2 billion), which is more than that of the next four big cities of Hanoi, Hai Phong, Da Nang and Can Tho combined.

-- The Civil Aviation Administration of Vietnam has granted approval to low-cost carrier Vietjet Air to conduct flights between Hanoi and the Indian capital city of New Delhi based on a previous air transport agreement between the two governments.

-- The Vietnam Chamber of Commerce and Industry (VCCI) has proposed that the country’s government-run Disaster Prevention Fund be dissolved over lack of transparency in how the fund is financed and spent.

-- Leaders of Vietnam’s tech giant VNG Corporation, which manages homemade chat app Zalo, on Friday promised to apply for a license to operate Zalo as a social media platform during a meeting with communications officials after it was fined for running unlicensed social media.

-- Many products manufactured overseas are labeled “made in Vietnam” when they are imported into Vietnam for export to the U.S. and European Union markets to evade trade tariffs, said leaders of Vietnamese customs at a press conference on fighting origin fraud in Hanoi on Friday.

-- Vietnam’s under-23 women’s volleyball team beat Kazakhstan 3-1 in the quarterfinals of the 2019 Asian Women’s U-23 Volleyball Championship in Hanoi on Friday. They will face North Korea in the semifinals, which will take place at 12:30 pm on Saturday.