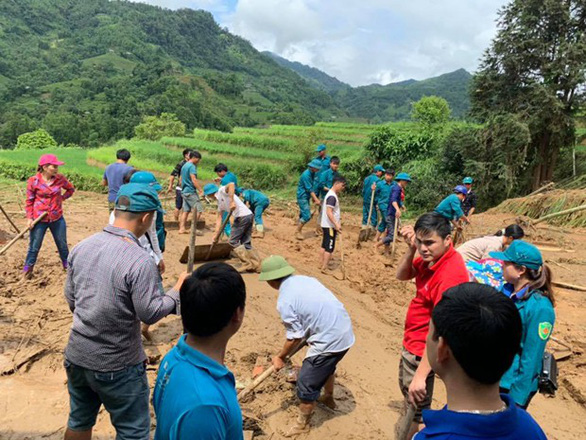 -- Vietnamese Prime Minister Nguyen Xuan Phuc has recently signed a decision to impose a disciplinary measure of warning against Deputy Minister of Finance Huynh Quang Hai for failing to abide by the Party’s principles and regulations.

-- A low-pressure zone that formed in the northern part of the East Vietnam Sea on Monday is forecast to strengthen into a tropical depression and potentially a tropical storm as it heads to northern provinces on Tuesday, according to the National Center for Hydro-meteorological Forecasting.

-- A source close to Tuoi Tre (Youth) newspaper confirmed that the People’s Procuracy in District 4, Ho Chi Minh City has completed the indictment against Nguyen Huu Linh, an ex-procuracy official who is charged for child molestation. The indictment has been transferred to the court for the second time after the case was previously returned to prosecutors in June.

-- Nearly 400 Chinese suspects involved in a large-scaled gambling ring in the northern city of Hai Phong are expected to be handed to authorities in China for further solutions.

-- One person was killed and three others seriously injured as heavy downpours triggered landslide and swept away seven houses in the northern province of Ha Giang on early Monday morning.

-- The Northern Airports Authority has summoned Vu Anh Cuong for a working session to verify whether or not he had groped a flight attendant when he traveled on a Hanoi-Ho Chi Minh City flight operated by Vietnam Airlines on Friday.

-- Police in the central city of Da Nang have arrested and initiated legal proceedings against a 47-year-old man for strangling his eight-year-old daughter to death before dumping her body into the Han River in early February.

-- Prime Minister Nguyen Xuan Phuc on Monday chaired an investment promotion conference in the southern province of Kien Giang, which was participated by nearly 500 domestic and foreign investors.

-- Deputy Minister of Education and Training Nguyen Thi Nghia stated on Monday that the agency has praised the eco-friendly proposal of Nguyet Linh, a sixth grader who previously sent an email to principals of over 40 schools in Hanoi asking to end the balloon release tradition during annual school opening ceremonies.