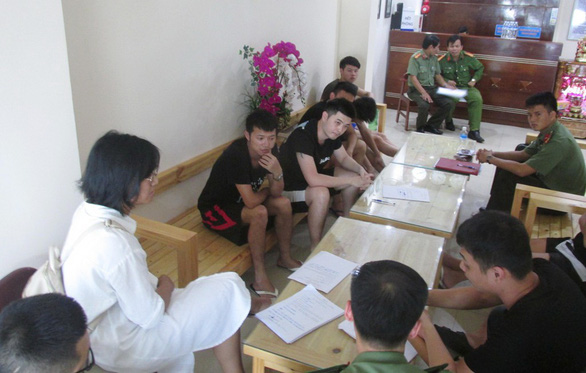 Chinese criminals cause a pain in the neck in Vietnam

Authorities in many Vietnamese locales have cracked down on Chinese criminal gangs, most of whom were found operating online gambling rackets.

Via locals, the Chinese rented a whole hotel on Nguyen Tat Thanh Street to lure their compatriots into gambling, with 18 Internet-connected computers and smartphones found by police in their rooms.

Da Nang police officers had earlier cooperated with the Ministry of Public Security to handle 35 Chinese citizens who came to Vietnam on tourist visas but rented houses and showed signs of organizing gambling for their countrymen over the Internet.

Twenty of the 35 were criminals and some were wanted by China, Major General Vu Xuan Vien, director of the Da Nang Department of Police, said.

“The Chinese citizens’ activities have grown complicated over the past time,” the major general said, elaborating that police had dealt with 500 cases from 2018 to June 2019.

Statistics show that Chinese people made 1.6 million visits to Nha Trang, a seaside city in the south-central province of Khanh Hoa, in 2018.

Many of these Chinese nationals were dangerous criminals, including those running hi-tech fraud rackets and settling an account with one another in broad daylight.

These Chinese citizens had been found renting rooms in a five-story hotel, impersonating officials to phone others to demand money transferred to their bank accounts.

On July 5, 2019, a group of tattooed Chinese stormed the busiest karaoke parlor in Nha Trang and slashed Tan Xueke, a 25-year-old Chinese citizen, to death before fleeing the place.

Khanh Hoa police apprehended four of them two days later when they were hiding in Ninh Hoa Town.

Chinese criminals have also been carrying out complex crime schemes in the northern province of Quang Ninh in recent years.

They illegally enter Vietnam, using special devices installed at ATM booths to copy bank card information and fake the cards in order the withdraw cash from the machines in the localities along the border with China.

On June 6 this year, police raided an apartment in the provincial capital city of Ha Long and caught 25 people, three of them Chinese, organizing online gambling activities for Chinese people.