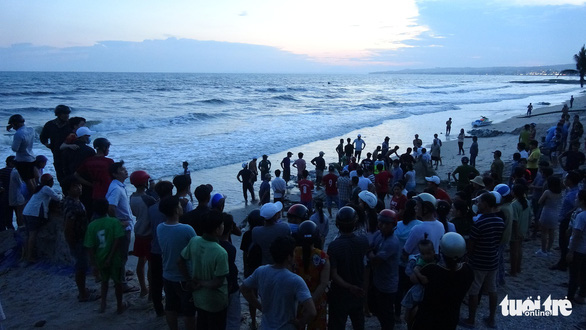 -- A 43-year-old man in the south-central province of Ninh Thuan died ten minutes after being bitten by a rare, venomous snake on Wednesday.

-- Four drowned and two were hospitalized after a group of friends from the Central Highlands province of Lam Dong went for a swim at a beach in the south-central city of Phan Thie on Thursday afternoon.

-- A female police officer in Hanoi’s Dong Da District has been slapped with a VND200,000 administrative fine for verbally attacking a Vietnam Airlines staff at Tan Son Nhat International Airport in Ho Chi Minh City on August 11. She also faces a possible 30-day suspension from work.

-- Vehicles are temporarily banned from traveling on the Tra Bong Bridge in Binh Son District, the central province of Quang Ngai after a pier of the structure was seriously damaged by a boat fire on Wednesday.

-- Thirty-one Vietnamese shrimp exporters subject to an investigation on dumping prices in the U.S. have been found not engaging in the practice and would enjoy a zero antidumping tariffs, the U.S. Department of Commerce said in an official decision announced Thursday (Vietnam time).

-- The number of mobile banking apps allowing users to make flight booking in Vietnam has increased from five to nearly 20, while the amount of transactions made via these apps has grown by more than 200 percent per year from 2017 to now, according to data the Vietnamese e-payment firm VNPAY.

-- A paintings and statues exhibition organized by the Ho Chi Minh City Fine Arts Association is running at the city Fine Arts Museum until September 2, featuring 341 works by 256 artists.

-- Vietnamese pop singer My Tam, the country’s first-ever Billboard singer, was honored with the Super icon of the Year award at the Elle Style Awards 2019 on Thursday night.

-- More than 100 garments for women and men created by Vietnamese fashion houses and designers will be showcased at the first Vietnam Runway Fashion Week to be held in Ho Chi Minh City today, August 23.