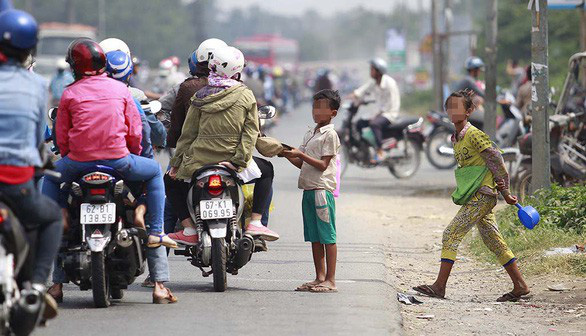 Authorities in Ho Chi Minh City are encouraging residents to refrain from giving money to local panhandlers, as this is not the best way to really support them.

The municipal Department of Labor, War Invalids and Social Affairs has sent a document to district-level administrations, requesting them to boost their management over beggars and homeless people in their respective localities ahead of the upcoming National Day (September 2).

The administrations were asked to advise local residents against giving money directly to beggars and homeless people, as the best way to provide support for them is through social and charitable organizations.

Local authorities must closely supervise the list of permanent and temporary residents in each neighborhood to provide necessary assistance to underprivileged families.

The labor department also announced the hotlines that receive reports and information on beggars and homeless people in the southern metropolis.

The agency noted a situation where foreigners are found asking for money in downtown areas and places crowded with locals and visitors.

In order to cope with this issue, the authorities are tasked with carrying out regular patrols and coordinating with immigration offices to verify their identities and decide on a suitable solution.