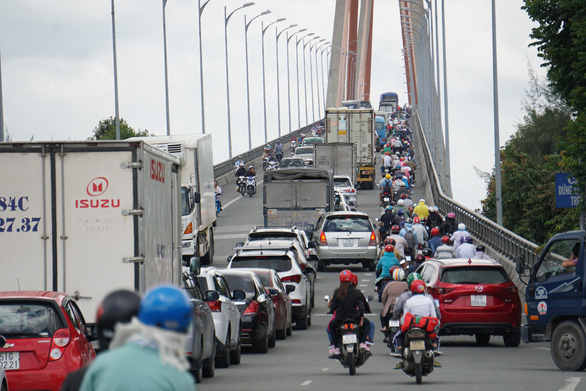 -- A tropical depression has entered the East Vietnam Sea and was located 280 kilometers northeast of Vietnam's Hoang Sa (Paracel) archipelago as of 1:00 am on Sunday, the National Center for Hydro-meteorological Forecasting reported, adding that the low-pressure system may become a storm on Monday.

-- A total of 29 road accidents occurred across Vietnam on Saturday, the first day of a weekend holiday marking National Day (September 2), killing 25 people and injuring 16 others, according to the Ministry of Public Security.

-- Police in Pham Ngu Lao Ward, District 1, Ho Chi Minh City are investigating a street brawl that broke out on Bui Vien Street within the city’s ‘backpacker area’ on early Saturday morning after a video clip of the incident went viral on social media.

-- Officers in the Mekong Delta province of Tien Giang have arrested several suspects and are hunting for some others for being involved in a physical confrontation inside the province’s general hospital on Friday night.

-- A new decree that took effect on Saturday has banned all karaoke bars in Vietnam from operating between 12:00 am and 8:00 am on a daily basis.

-- Border guard and anti-drug police forces in the northern province of Dien Bien confirmed on Saturday they had arrested two suspects for trafficking 20,000 pills of crystal meth from Laos into Vietnam.

-- Ho Chi Minh City authorities are planning to spend hundreds of billions of dong (VND100 billion = US$4.3 million) on building more than 100 reservoirs to store rainwater and control flooding by 2020 under a flood-control program.