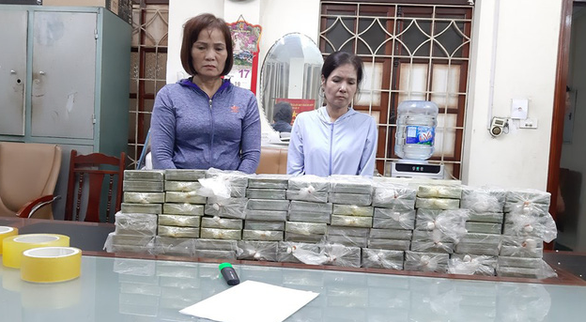 -- Foreign delegates, including officials of the World Bank, attended the Vietnam Reform and Development Forum 2019 in Hanoi on Thursday.

-- Liver cancer is the most common cancer in Vietnam, with more than 25,300 new patients dianogsed in 2018, accounting for over 15 percent of the total cases detected, according to statistics released at a conference in Hanoi on Thursday.

-- Vietnam’s anti-drug police said on Thursday they have detained two women who attempted to transport 80 bricks of heroin originating in Laos from Dien Bien to Nam Dinh, both northern Vietnamese provinces.

-- Fuji Electric Industry Vietnam, a US$5 million factory that manufactures and assembles power cordsets used in automation applications and switchgear components, was inaugurated at Dong Van III Industrial Park in Ha Nam on Thursday, marking the 100th project of Japanese investors in the northern VIetnamese province.

-- Vietnam’s rice prices were near a 12-year low even as the country looks to encourage private investment to make its rice more competitive, Reuters reported on Thursday.

-- The first-ever beauty contest Miss Tourism Can Tho is slated to be held in November to find a representative for the Mekong Delta tourism hub, the organizing board announced on Thursday.

-- Vietnam has been nominated for six categories of the World Travel Awards 2019, including ‘Leading Cultural Destination’ and ‘Leading Culinary Destination,’ the tourism ministry said Thursday.

-- The southern province of Tay Ninh, located some 100km northwest of Ho Chi Minh City, will promote its unique culture and tourism advantages through an event named “Tay Ninh Day in Hanoi” on September 27-28, director of the provincial Department of Culture, Sports and Tourism Nguyen Hong Thanh said at a press conference on Thursday.