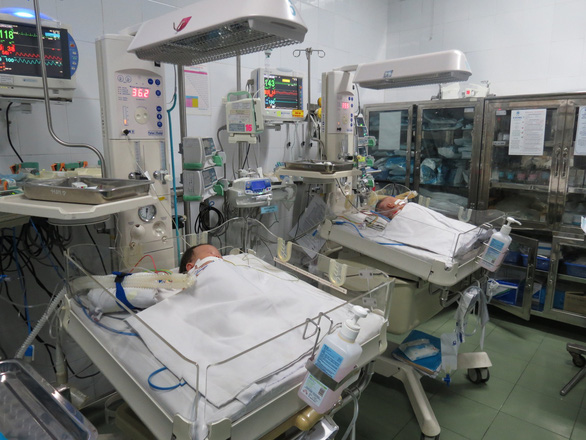 -- The Indian Embassy in Vietnam and the Ministry of Information and Communications held a ceremony in Hanoi on Wednesday to mark the 150th birth anniversary of Mahatma Gandhi, national hero of India.

-- Two men were killed and one woman was in critical condition due to an electric leak from a utility pole surrounded by inundated water after a two-hour rain and high tide in Ben Tre City of the namesake Mekong Delta province on Wednesday evening.

-- Thousands of visitors ignored safety to eat food and have drinks on power lines left uncovered on the surface of a night walking street, the first of its kind the north-central province of Nghe An, that was just opened on Wednesday night.

-- Seven people were seriously injured in a head-on collision between two sleeper buses on a section of Ho Chi Minh Street passing through Dak To District in the Central Highlands province of Kon Tum on Wednesday afternoon.

-- Eighteen doctors at the Children’s Hospital 1 in Ho Chi Minh City successfully conducted a four-hour surgery on Wednesday to separate conjoined twin girls from the central province of Quang Nam, who shared the abdomen and liver.

-- Ho Chi Minh City needs around 75,000 workers for the last three months of 2019, a demand more than seven percent higher compared to the same period last year, according to the municipal Human Resources Forecast and Labor Market Information Center.

-- The Hanoi Book Festival 2019, themed “Hanoi – the city for peace”, opened at the Thang Long Imperial Citadel on Wednesday and will run until October 6, as part of activities to mark the upcoming 65th anniversary of the capital’s Liberation Day (October 10).

-- The first-ever folk festival honoring Hanoi’s traditional and contemporary culture as well as cultural heritages will be held at the Ly Thai To Statue Square near Hoan Kiem Lake in the heart of the capital city on November 15-17, according to the municipal Department of Culture and Sports.

-- Vietnam’s Hanoi FC were eliminated from the AFC Cup 2019 due to the away goals rule after being held to a 2-2 draw on aggregate by April 25 Sports Club of North Korea in the second leg taking place on the latter’s soil on Wednesday afternoon.