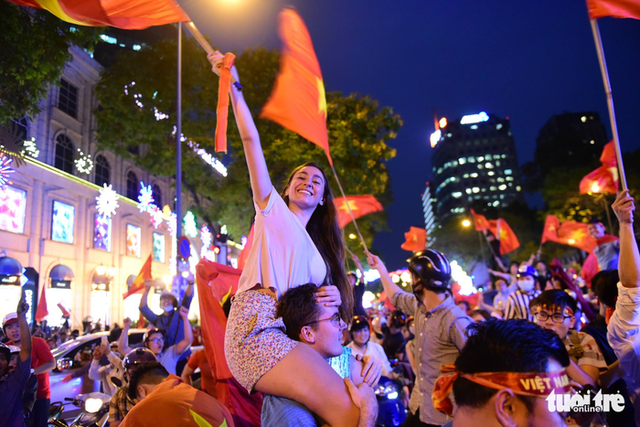 Vietnam has made it on a list of the world’s top 30 countries and territories to work, make friends and raise a family in 2019, according to a recent survey by expat network InterNations.

The Southeast Asian nation came second in the “Expat Insider 2019,” which was compiled on the interviews of more than 20,000 expats from around the world.

“Life in Vietnam is affordable and expats’ disposable income is more than enough to cover daily costs,” Business Insider said in an article reporting on the survey results.

“People here are also happy with their career opportunities,” it said.

Vietnam ranked 14th out of 68 destinations in 2018. This is the first time in six years the country has made it to the list’s top ten destinations.

Sixty-eight percent of the expats interviewed in Vietnam are satisfied with their career prospects and 74 percent with their jobs in general, according to InterNations.

“Vietnam is not only the highest-ranking country when it comes to working abroad, it is also the best destination for personal finance,” the network said.

Eighty-one percent of the expats in Vietnam are happy with their financial situation, and 75 percent stated that their disposable household income is more than they need to cover daily costs, the survey found.

“[Vietnam] is a very inexpensive country, and the people are nice and simple,” an Australian expat was quoted by InterNations as saying.

One downside is that Vietnam lags behind in terms of digital life, where it ranked 51st out of 64 destinations.

Just about half the expats, or 52 percent, found it easy to pay without cash in the Southeast Asian country, compared to 79 percent globally.

Another dissatisfying factor is the quality of the environment, which was rated negatively by 57 percent of those surveyed.

InterNations is an expat network founded in 2007. It claims to be “the largest global expat network” with 3.6 million members present in 420 cities worldwide.

Every year, InterNations asks members to rate various aspects of their home away from home, from the cost of living to the quality of medical care and the ease of making local friends.

This year, the network interviewed more than 20,000 expats from around the world about their lives and weighed their responses to rank the top 30 destinations in the world overall. Every destination had a sample size of at least 40 respondents.

Taiwan topped the “Expat Insider 2019” list this year as expats “overwhelmingly praise the quality of life, affordability and quality of healthcare, safety, and career prospects” on the island, according to Business Insider.

The other eight destinations in the top ten are Portugal, Mexico, Spain, Singapore, Bahrain, Ecuador, Malaysia, and the Czech Republic.