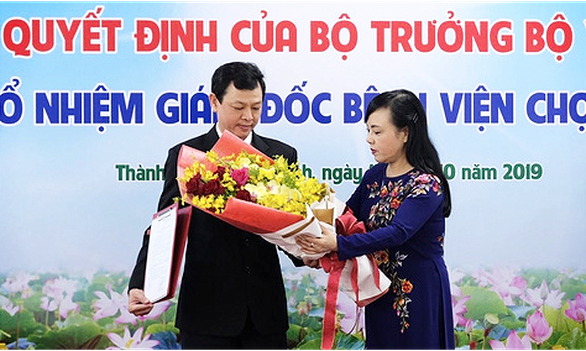 -- The Authority of Press under the Ministry of Information and Communications has suspended the online magazine Luat Su Viet Nam (Vietnamese Lawyers) for two months for reporting untrue information and asked the news site to rectify the false information and pay a fine of VND50 million (US$2,150).

-- The number of the endangered ‘seu dau do’ (red-headed crane) which frequently inhabit the Tram Chim National Park in the Mekong Delta province of Dong Thap has decreased from 1,052 in 1998 to currently four, Trinh Thi Long – a program coordinator of the World Wild Fund in Vietnam – told a seminar in Can Tho City on Thursday.

-- The current population of Ho Chi Minh City is 8,993,082 people, making the southern metropolis the most populous locality of Vietnam, according to the results of the 2019 national population and housing census conducted from April 1-25.

-- Vietnam’s low-cost airline Vietjet has announced it will adjust schedules of flights to and from Japan’s Tokyo and Osaka from October 11-13 as super typhoon Hagibis is approaching the East Asian country.

-- The eighth edition of the annual Hanoi Gift Show is expected to welcome 1,000 handicraft importers and over 10,000 visitors from October 17-20, deputy director of the municipal Department of Industry and Trade Nguyen Thanh Hai told a press conference on Friday.

-- The north-central province of Thanh Hoa is suffering a serious teacher shortage, needing approximately 3,700 teachers for K-12 school, the provincial Department of Education and Training has said.

-- Local and foreign female visitors will be able to enjoy free admission to relic sites in Hue, Vietnam's famous tourist city located in the central province of Thua Thien - Hue, on October 20 in observation of the Vietnamese Women's Day.