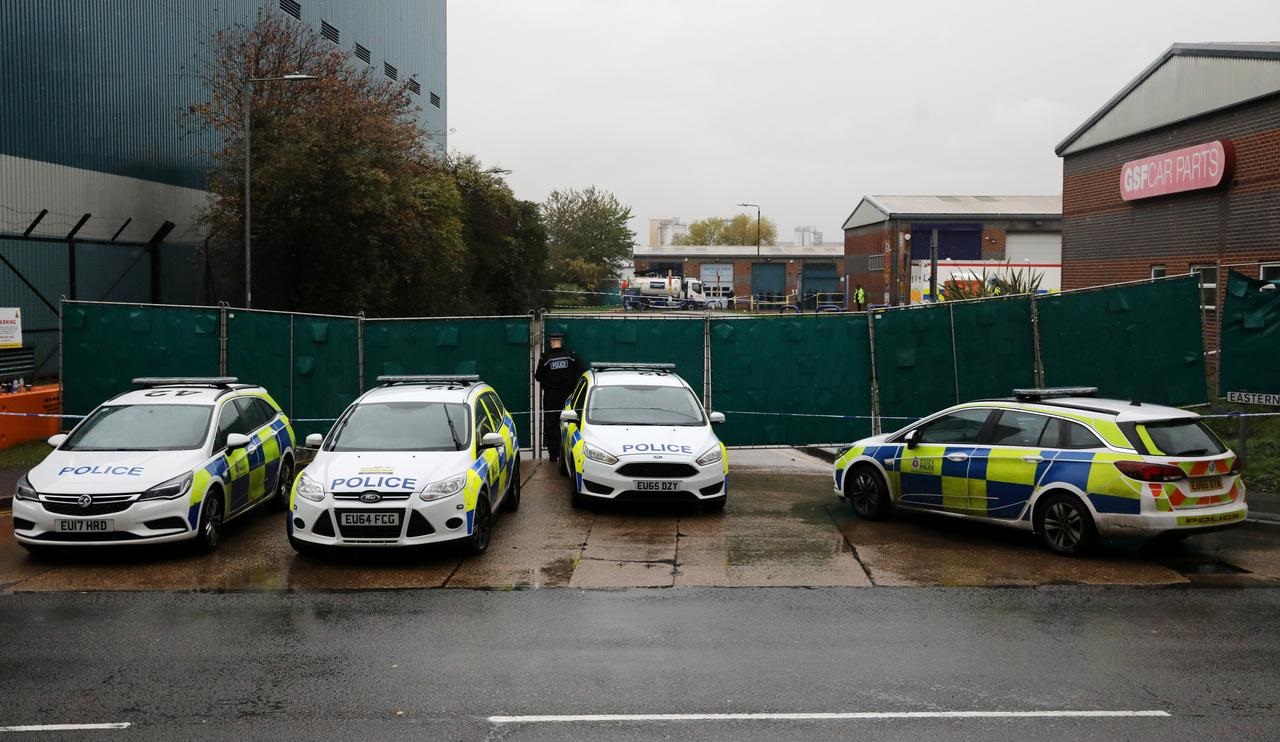 HANOI -- Police in Vietnam have arrested eight people in connection with the discovery of 39 dead people, all believed to be Vietnamese, in a truck near London last month, state media said on Monday, bringing the total number of arrests in Vietnam to 10.

British police last week charged two men with manslaughter over the deaths of the group, whose bodies were found inside a container on the truck on Oct. 23.

“Based on what we learn from the suspects, we will actively launch investigations to fight and eradicate these rings which bring people illegally to Britain,” said Nghe An province police chief Nguyen Huu Cau, according to the official Vietnam News Agency (VNA).

“The best thing to do now is to deal with the consequences of the incident and help family members receive the bodies,” Cau added.

Cau said police were treating the tragedy as a smuggling incident, rather than a case of people-trafficking, according to VNA.

Most of the victims were from the Nghe An and the neighboring province of Ha Tinh, in north-central Vietnam.

On Friday, police in Ha Tinh said they had arrested two people and summoned others for questioning on suspicion of involvement in the case.

The discovery of the bodies has shone a spotlight on the illicit trade that sends the poor of Asia, Africa and the Middle East on perilous journeys to the West.

The suspected truck driver has been charged over the deaths, and on Friday detectives said another man, aged 23, from Northern Ireland, was also accused of 39 counts of manslaughter as well as human trafficking and immigration offences.

On Sunday, a delegation of Vietnamese diplomats and police left for Britain where they were expected to meet their British counterparts, Vietnam’s official government website said.

Two families with relatives feared dead in the incident told Reuters on Saturday that authorities in Britain had asked them for help with visual identification of the bodies.

Nguyen Dinh Gia, whose son, Luong, had a distinctive tattoo of a cross on his arm, said British police had called him on Saturday, via a translator.

“The translator said my son is probably among the dead,” Gia told Reuters. “My one percent hope has gone.”

“My only hope is that they bring his body home soon”.