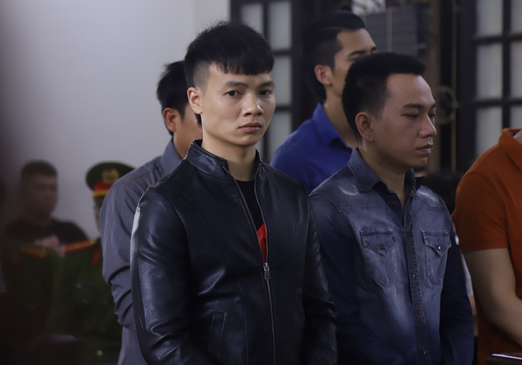 A Vietnamese gangster and former YouTube star was sentenced to ten and a half years in prison for gambling and organizing gambling following his arrest in early April.

The People’s Court in Tu Son Town, located in northern Bac Ninh Provinced, began the prosecution of Ngo Ba Kha, 26, and five of his accessories on Wednesday.

Kha, a.k.a. Khanh Banh (Handsome Kha), was given a four-year jail term for gambling and 6.5 years for running an organized gambling ring.

The three remaining defendants, Trinh Huu Quy, 27, Ngo Luong An, 34, and Nguyen Trong Cong, 26, were condemned to between 12 and 15 months behind bars for gambling.

According to the indictment, Kha and his accomplices organized gambling activities from January 10 to April 1, with transactions totaling VND5 billion (US$215,400).

Kha himself pocketed VND300 million ($12,920) in profits from the gambling ring.

The jury stated in their verdict that they believed that the crimes were dangerous to the society, thus a stern penalty was necessary.

Before his arrest, Kha earned a reputation as an Internet star idolized by many young Vietnamese, even though his videos do not document anything other than himself gambling, engaging in gang fights, destroying properties, and breaking traffic laws.

His verified YouTube channel, named ‘Kha BanH,’ had garnered over two million subscribers and nearly 400 million views on its hundreds of videos before it was shut down following his arrest in April.

The Google-owned platform terminated the channel following a request from Vietnam’s Authority of Broadcasting and Electronic Information.