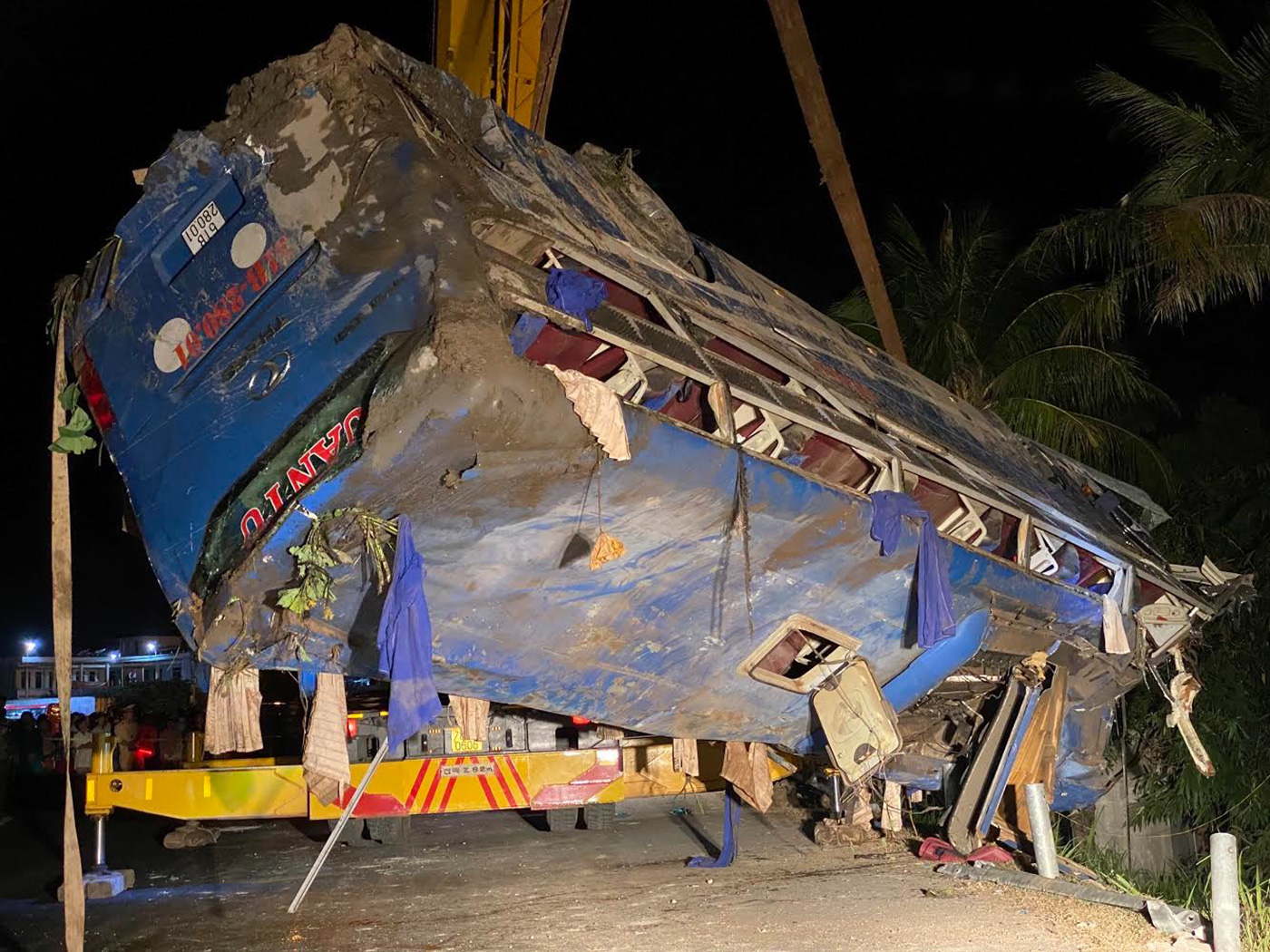 Over 20 people were injured when a passenger bus toppled in the south-central province of Phu Yen late Saturday.

The bus was carrying 46 passengers from Ho Chi Minh City to the central province of Quang Ngai on the National Highway 1 when it plunged into a roadside paddy field in Phu Yen’s Chi Thanh Town and toppled at 9:45 pm.

No other vehicle was involved in the incident, the local police said.

The driver, 49-year-old Thai Tan Khoa, was left with a broken leg while dozens of the passengers were also injured.

A total of 21 victims were admitted to the Phu Yen Province General Hospital for treatment of their wounds on the same evening, the hospital’s deputy director Dr. Nguyen Nhu Y confirmed with Tuoi Tre (Youth) newspaper on Sunday.

“Five of them, including three who sustained traumatic brain injuries, have been transferred to the Binh Dinh Province General Hospital,” Y said.

“The others suffered from minor and non-life threatening wounds.”

Several others with less severe injuries were treated at a medical center in Phu Yen’s Tuy An District, according to Tuy An Chairman Bui Van Thanh.

According to Duong, no street lights are installed at the site of the accident, which has been a traffic crash hotspot.

The province has requested that the Ministry of Transport take measures to improve the street’s safety, Duong said.