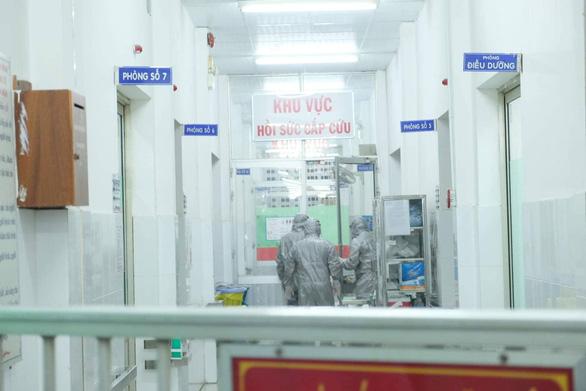 One of the first two new coronavirus-infected patients confirmed in Vietnam last week has recovered, the Vietnamese Ministry of Health announced on Tuesday.

The epidemic caused by a new strain of the coronavirus family that caused SARS and MERS first surfaced in Hubei’s capital city in December 2019.

The virus has spread to other places across China and many other countries including the U.S., France, Australia, South Korea, Japan, Singapore, Malaysia, Vietnam, and more.

Li Zichao can currently breathe himself, be conscious, eat and sleep well, get rid of fever, and be capable of performing daily activities, health officials said.

Li, who has lived in the Mekong Delta province of Long An for the past four months, got the disease from his father, Li Ding, who visited him from Wuhan.

Li Ding and his wife arrived in Hanoi from Wuhan on January 13, before taking a domestic flight to Nha Trang City in the south-central province of Khanh Hoa, where they met their son who came there to see them.

The family stayed at a hotel in Nha Trang from January 17 to 19 before traveling to Ho Chi Minh City by train.

They continued to travel by taxi to Long An on January 20.

During their trip, the father started to have a fever on January 17, while his son developed similar symptoms on January 20.

Two days later, they were admitted to Binh Chanh District Hospital in Ho Chi Minh City, and later to the higher-level Cho Ray Hospital in the southern metropolis.

The father and son were confirmed to be infected with the novel coronavirus the next day, becoming the first infections in Vietnam.

While the son is said to have already recovered, the father has also been conscious, able to breathe smoothly with the assistance of an oxygen ventilator, and had steady blood pressure.

The 66-year-old patient with many background diseases has been free from fever since January 25, as well as eating and sleeping well.

X-ray films showed his lung’s injuries have no longer progressed.

Doctors are waiting for the patient’s latest test to conclude if he has been cured.