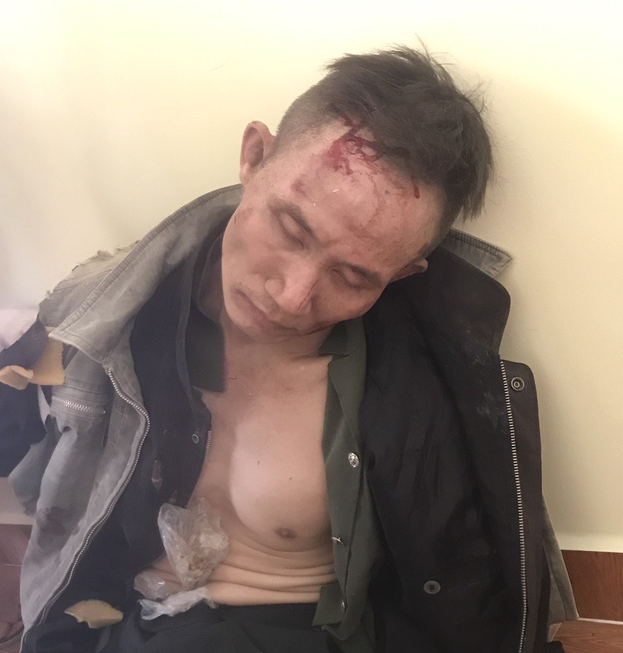 Man, hunted for storing weapons, arrested after gunfight with police in Vietnam

A man was arrested in the southern Vietnamese province of Dong Nai on Sunday after a gunfight with police, as he had been hunted for unlawfully storing weapons at his home in Ho Chi Minh City earlier this week.

According to officers, Chinh was suspected of possessing weapons at his home on Ly Thai To Street in District 10, Ho Chi Minh City on Thursday.

Officers surrounded the house for hours, but the suspect eventually managed to escape on a motorbike.

Chinh was believed to carry a gun with him.

Officers then searched his home and found multiple types of weapons as well as some suspected homemade explosives.

Police were able to track down the suspect in Phu Hoa Commune, Dinh Quan District, Dong Nai on Sunday morning, according to a source close to Tuoi Tre (Youth) newspaper.

Officers in Ho Chi Minh City coordinated with their counterparts in Dinh Quan to prepare a plan on arresting Chinh.

An officer in his guise as a motorbike taxi driver was able to trick Chinh into getting on his vehicle.

He then carried the suspect to the police station in Phu Hoa Commune.

Upon arrival, Chinh pointed his gun at the head of an officer and pulled the trigger.

The gun, however, did not go off, and Chinh fled the location with his weapon.

A police officer chased after Chinh and engaged in a gunfight with him.

Chinh continued to run away until being surrounded in Phu Dien Commune, Tan Phu District and captured then.