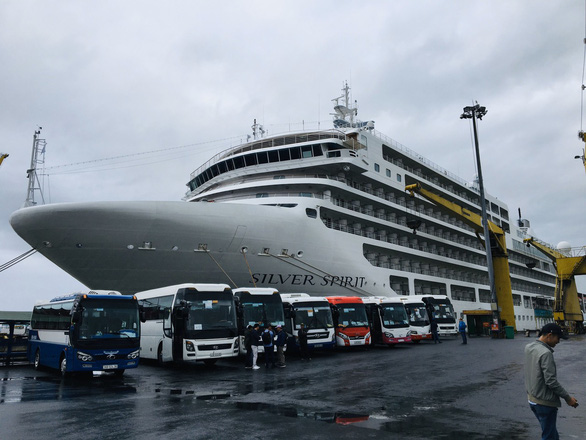 -- A project to build My Thuy 3 Bridge and expand Dong Van Cong Street in Ho Chi Minh City’s District 2 is set to commence at the end of this month to help reduce congestion on the roads leading to the Cat Lai Port, according to the city’s management board of traffic infrastructure investment and construction.

-- Tan Thanh Border Gate in the northern province of Lang Son reopens from Thursday to resume trade with China, after days of interruption due to the COVID-19 outbreak.

-- Amanotes, a mobile game publisher in Vietnam, has been ranked among the top 15 mobile game publishers and the top 20 publishers of mobile apps across all categories in the world, and was the leader regarding downloads performance in both iOS and Google Play Store from Southeast Asia in Q4, 2019, as per the results of two recent major surveys by the standard in app analytics and app market data provider App Annie.

-- The luxurious 6-star Silver Spirit cruise ship docked at the Chan May Port in the central province of Thua Thien-Hue on Wednesday afternoon after its 199 passengers from European countries had spent an overnight stay in the central city of Da Nang on Tuesday.

-- The Vietnam National University (VNU) - Hanoi, the Hanoi University of Science and Technology, and the VNU - Ho Chi Minh City for the first time have entered the Emerging Economies University Rankings 2020 of the Times Higher Education (THE) magazine.

-- Hue Festival 2020, the 11th edition of an annual event honoring Hue’s cultural heritage in Thua Thien-Hue Province, scheduled for April, has been postponed until the end of August or early September due to the complicated developments of the COVID-19 outbreak.

-- A music video of K-ICM, a young Vietnamese singer, was bashed with about 650,000 dislikes after being uploaded on YouTube for only three hours on Wednesday evening, becoming Vietnam’s most disliked video on the American video-sharing platform.

-- Over 75,300 people have been infected with the novel coronavirus and 2,120 killed globally as of Thursday morning, according to the South China Morning Post.