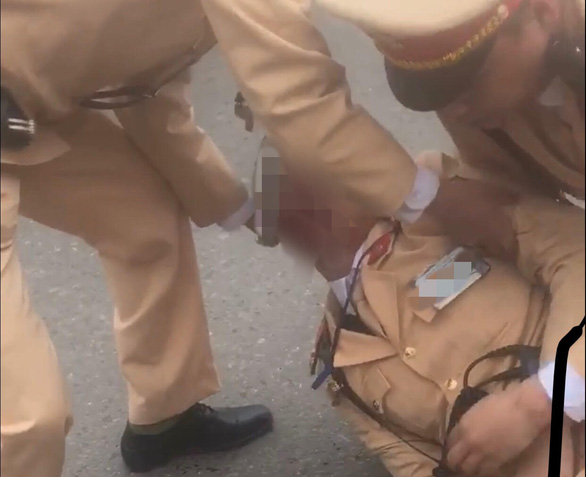 A couple has been detained for running the lights on a motorbike and knocking down a police officer in Hanoi on Thursday.

Early reports said that the couple slammed into the policeman at 10:00 am on the National Road No. 32 section near the Son Tay traffic circle in Son Tay Town, Hanoi.

A team of three traffic police officers were on duty on the road section when they saw the couple speeding up.

One of the officers pulled them over but they continued to run the lights, crashing their motorbike into the policeman, a lieutenant.

The lieutenant lay motionless on the road, his head badly bleeding.

His teammates and local residents rushed him to the hospital for emergency care then.

Authorities are detaining the couple together with their bike.

The lieutenant has become conscious and is being monitored in the hospital, according to Hanoi police.