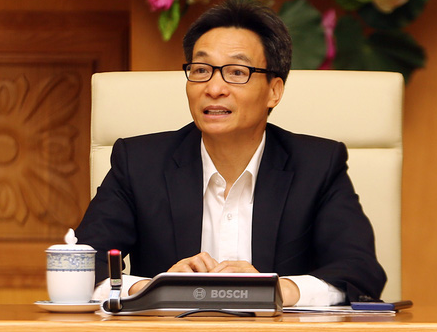 The Vietnamese government will suspend visa-free travel for South Koreans starting on Saturday amid concerns about the coronavirus spreading.

Deputy Prime Minister Vu Duc Dam announced the decision during a meeting of the steering committee for the prevention of the novel coronavirus disease (COVID-19) on Friday.

Aside from the suspension of visa-free travel for South Koreans, which will take effect from 12:00 am Saturday, Dam also stated that all people arriving from South Korea will be required to stay in a quarantine area for 14 days.

The South Korean embassy in Vietnam told Tuoi Tre (Youth) newspaper that it had received the notice about the suspension from the Vietnamese government.

According to current policies, South Korean citizens are not required to apply for a visa if their stay in Vietnam lasts for 14 days or less.

For trips longer than two weeks, South Korean passport holders need to obtain a visa to stay in Vietnam.

The COVID-19 has killed 2,859 people and infected over 83,600 globally since it first hit the central Chinese city of Wuhan in December 2019, according to the South China Morning Post.

The number of confirmed cases in South Korea – the largest cluster of infections outside of China – has exceeded 2,300 as of Friday afternoon. The country has reported 13 deaths caused by the COVID-19.

All of them have fully recovered and have been discharged from the hospital, with the last patient released on Wednesday morning.

The country has reported no new cases since February 13.