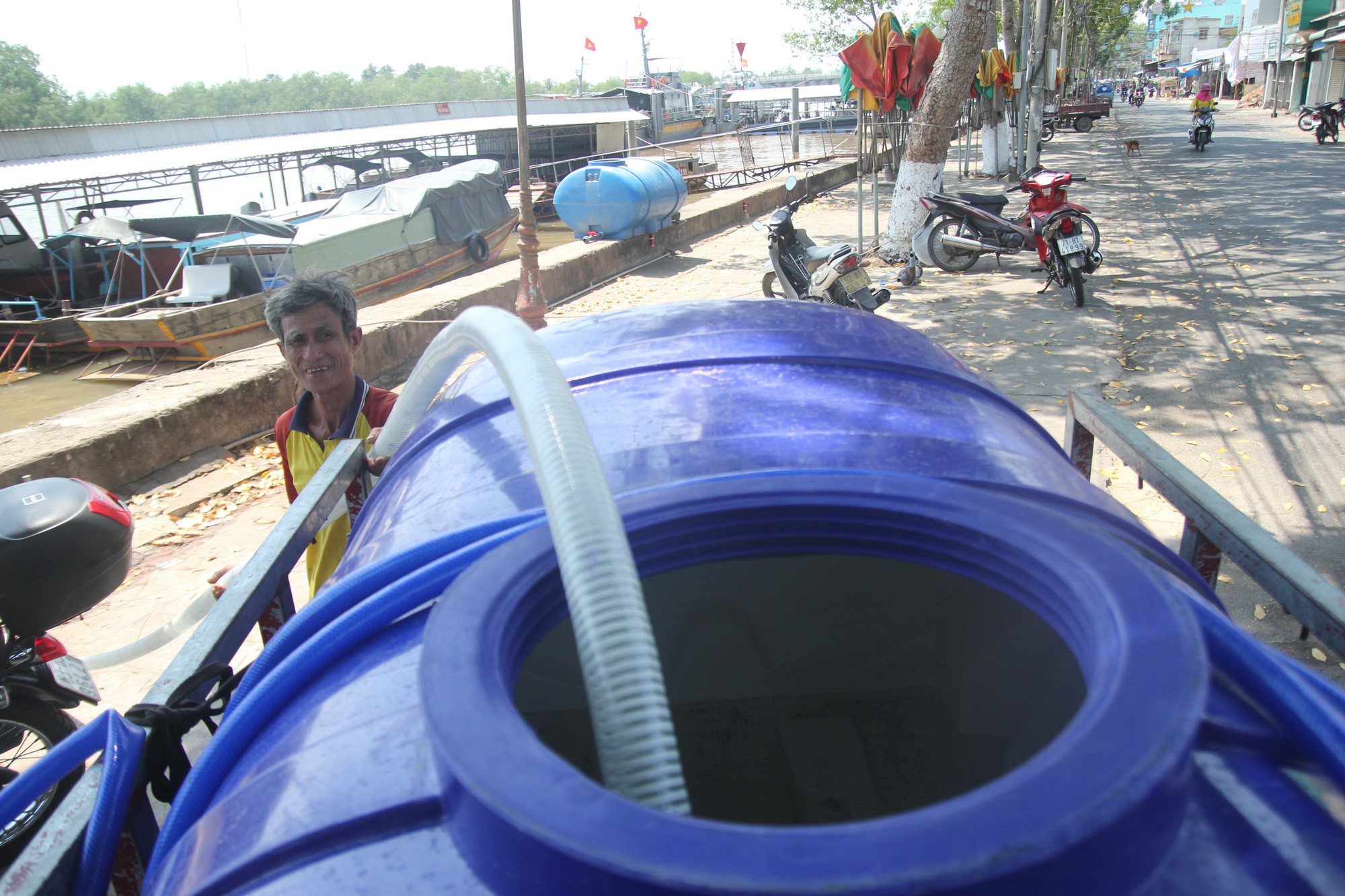 Residents in many provinces in Vietnam’s Mekong Delta have been deprived of clean water over the past days due to serious saline intrusion.

Despite the exorbitant prices, they have no other choice as the tap water at their homes has become too salty to be used for any daily activity.

“Water is even more expensive than rice now, although we have tried our best not to be wasteful,” said 32-year-old Nguyen Minh Phuong, who resides in Phu Tan Ward, Ben Tre City, the capital of the namesake Mekong Delta province.

Water scarcity came as a surprise to Phuong and other residents in Ben Tre City, as salt intrusion had not affected the city in previous years.

This year’s situation has been so serious that it has battered most areas of Ben Tre Province.

“Drought has caused a lot of damage to our rice paddy, and now we have to spend a lot of money on clean water,” Nguyen Thi Nhu, who lives in Ba Tri District, stated.

Tran Anh Tuan, who steers a barge transporting sand for a living, said he has been using his vessel to transport fresh water, which sells for a better price, instead.

The change has helped him earn a bit more than in the past, Tuan elaborated.

Chairman of the provincial People’s Committee Le Van Trong said the administration is taking certain measures to lower the cost of fresh water.

A survey previously showed that about 26,500 households in the province are affected by salt intrusion this year.

In Ca Mau Province, more than 20,500 families have been deprived of fresh water so far.

Le Van Su, vice-chairman of the Ca Mau administration, attributed the issue to the fact that local residents are too dependent on groundwater resources.

Several measures have been prepared to mitigate the negative impact of salt intrusion in the locality, Su added.