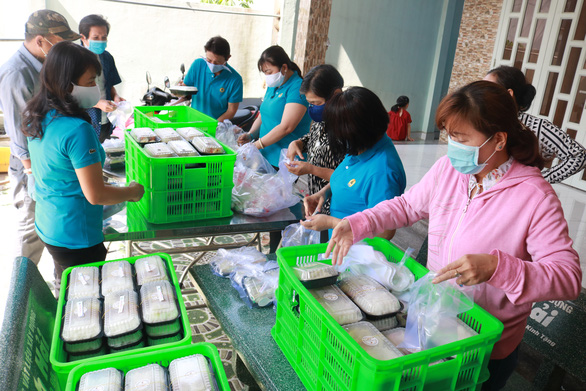 — Vietnam has recorded no new cases of novel coronavirus disease (COVID-19) for 48 hours – for the first time in 40 days – keeping its tally at 268, with 198 patients having recovered as of Saturday morning.

— A man in Tan Binh District, Ho Chi Minh City confessed to making VND500,000 (US$21.43) a day and having saved up VND50 million ($2,143) over the past three months by begging on the street as he was summoned to a police station on Friday afternoon. The man, who is not actually homeless, was found with a dozen fake IDs in his possession.

— An ‘ao dai’ design contest has been jointly launched by the Vietnam Women’s Union and the Ministry of Culture, Sports and Tourism with an aim of promoting both the image and the cultural value that the traditional long dress has in Vietnamese society.

— The Asian Football Confederation has postponed all matches of the 2022 FIFA World Cup qualifiers scheduled for June, including a Vietnam-Indonesia game in Hanoi, until October or November this year due to the COVID-19 pandemic. Purchased tickets for these matches can be refunded.

— Vietnam Professional Football (VPF), which organizes the country’s top football leagues, has announced its plan to resume tournaments on May 15 if the COVID-19 pandemic is controlled as authorities gave them approval on Thursday afternoon.

— Over 2.24 million people have caught COVID-19 while more than 154,000 have been killed by the disease as of Saturday morning, according to statistics. About 570,000 have recovered.