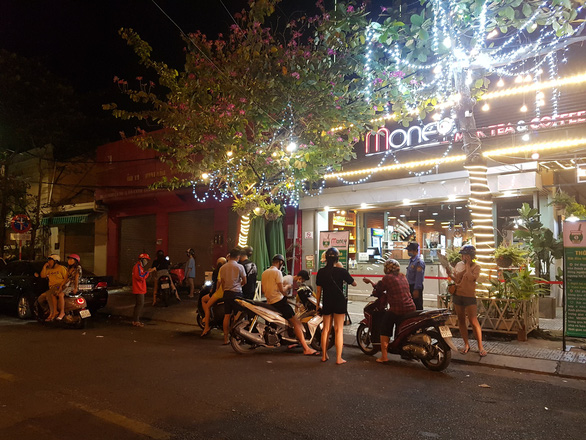 Da Nang chairman Huynh Duc Tho has said the city would not reconsider a ban on all crowded religious, cultural, and sports events, as well as beach-going and public transportation, until after April 30 despite gradually relaxing social distancing measures.

The People’s Committee of Da Nang held a meeting on Tuesday to discuss relaxing social distancing measures in the city after it had recorded no additional novel coronavirus disease (COVID-19) case for 29 days straight.

There have been only six infections in Da Nang so far, all of whom have recovered and exited the hospital.

Non-essential businesses and services, including bars, discos, karaoke and massage parlors, and video game centers, also continue to be suspended.

In the education sector, the Da Nang Department of Education and Training plans to allow ninth and 12th-grade students to return to school after April 30, with remote schooling to end on May 2.

The number of students in each classroom will be reduced by half to avoid close interaction.

Students of other school levels are expected to resume study one week after the back-to-school date for the ninth and 12th graders, depending on the situation of the epidemic.

Delivering the meeting’s closing remarks, Da Nang chairman Huynh Duc Tho decided that the city would increase the number of checkpoints at its entrances.

Tho agreed to Yen’s proposal as he said that all crowded religious, cultural and sports events, as well as beach-going and public transportation, would stay completely banned in the coastal city until at least April 30.

“No consideration on lifting the beach closure will be made until after April 30, as reopening the city’s beaches can lead to huge crowds,” Tho said.

On the other hand, he directed local agencies, departments, and administrations to prepare in advance a plan to relax regulations on disease control and prevention for timely implementation when the central government makes related directions.

Da Nang, currently a 'high-risk' city according to classification by the National Committee for COVID-19 Prevention and Control, is among 28 provinces and cities asked to continue upholding social distancing measures until at least the end of April 22.

During the enhanced social distancing period, schools, stores, and entertainment venues are closed, gatherings of more than two people in public spaces are banned, and people are told to stay home except for trips outdoors for food, medications, and emergency care.

Traveling between provinces and cities are also restricted as long-haul passenger buses have been limited. Only a handful of flights and trains remain in operation between key destinations such as Hanoi, Ho Chi Minh City, and Da Nang.

The national COVID-19 committee on Wednesday proposed that Da Nang be demoted to a 'low-risk' city from April 23.

Vietnam has confirmed 268 COVID-19 cases in total, with 222 having recovered, accounting for nearly 83 percent of the tally.

Six patients were discharged from the National Hospital for Tropical Diseases in Hanoi on Wednesday afternoon, with 14 more expected to be released later the same day.