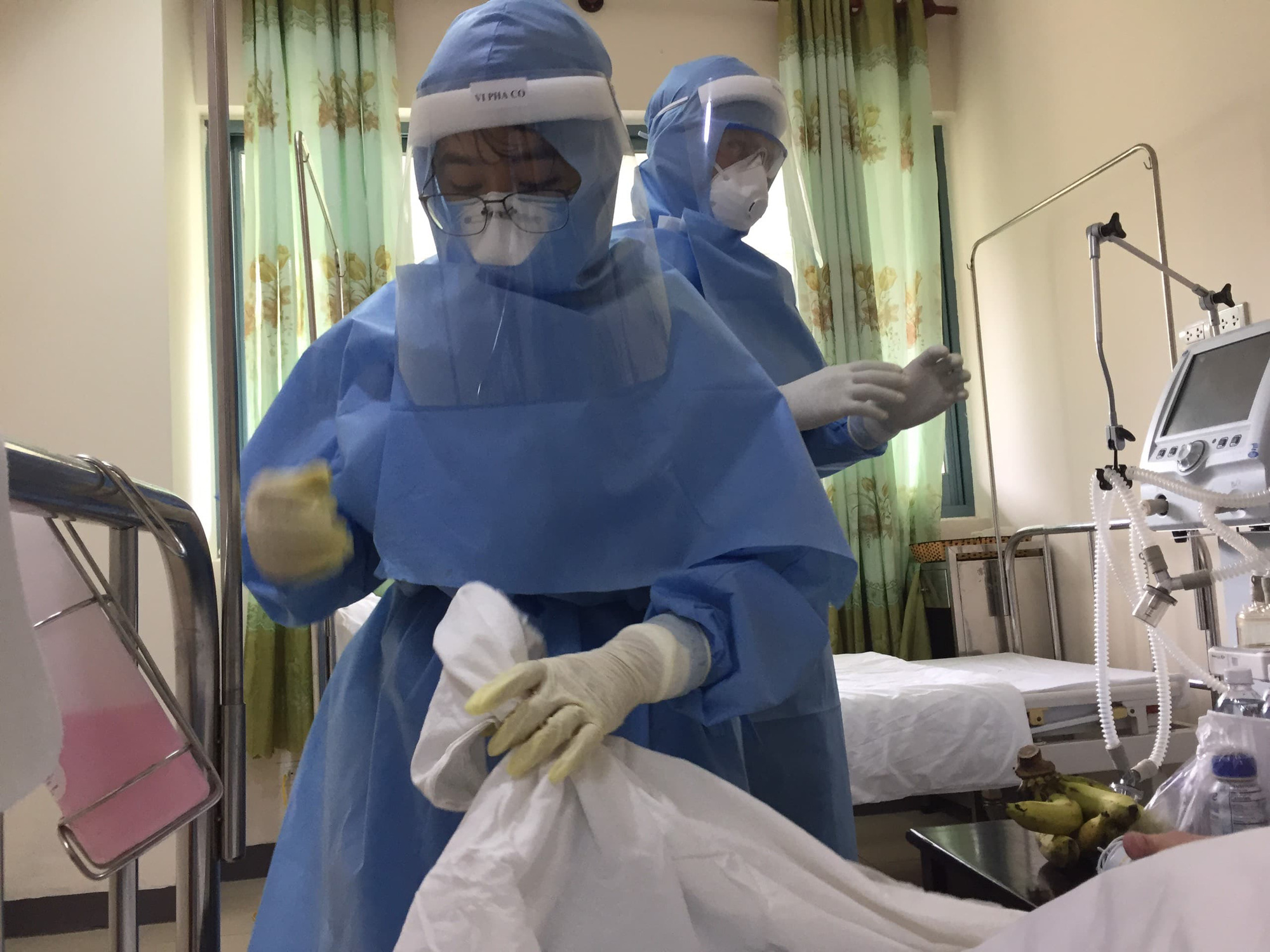 Vietnam recorded no new novel coronavirus disease (COVID-19) cases on Saturday morning, with the national tally remaining at 270, but five people who had previously been given the all-clear have tested positive again.

According to a Saturday morning report from the National Steering Committee for COVID-19 Prevention and Control, Vietnam has reported no new infections in the past 12 hours, and zero deaths to date.

Among them, patient No.188 was discharged from Ha Nam General Hospital on April 16 after her results had come back negative twice.

She was put in quarantine for another two weeks, during which she was monitored by the Hanoi Center for Disease Control and sampled for re-testing frequently by the National Hospital for Tropical Diseases in the capital city.

Her results came back positive on April 20 and 21.

Patients No. 52 and No. 149 were declared recovered by Hospital No. 2 in the northern province of Quang Ninh on April 16 and remained in quarantine there for another 14 days.

On April 21, the provincial Center for Disease Control announced the patients had tested positive for the virus again. They are now quarantined at the infirmary for continued monitoring.

Patient No.137 was declared recovered from COVID-19 by the National Hospital for Tropical Diseases in Hanoi on April 7 after testing results came back negative three times on three consecutive days between April 3 and 5.

During his following two-week quarantine, he exhibited no clinical symptoms of the disease and all testing results on April 7, April 16 and April 19 were negative.

A CT scan of the patient’s lung on April 12 did not show any sign of damage and the patient was allowed to return home on April 22 after concluding two weeks of quarantine.

The next day, April 23, the National Institute of Hygiene and Epidemiology in Hanoi confirmed that his test results have come back positive again. He was brought back to the hospital shortly afterward.

The fifth case was patient No. 36 in the south-central province of Binh Thuan.

She was confirmed to be free of the virus on April 10 after testing negative three times.

During the following two-week quarantine at a provincial medical facility, the patient’s test results came back negative twice before a third test on the final day of the quarantine period showed a positive result.

The patient is being quarantined for further medical monitoring.

The World Health Organization (WHO) said on April 11 that it was looking into reports of some COVID-19 patients testing positive again after initially testing negative for the disease while being considered for discharge.

“We are aware of these reports of individuals who have tested negative for COVID-19 using PCR [polymerase chain reaction] testing and then after some days testing positive again,” the Geneva-based WHO told Reuters.

“We are closely liaising with our clinical experts and working hard to get more information on those individual cases. It is important to make sure that when samples are collected for testing on suspected patients, procedures are followed properly,” it said.

“We are aware that some patients are PCR positive after they clinically recover, but we need systematic collection of samples from recovered patients to better understand how long they shed live virus,” it added.

They have been quarantined since arrival and are currently being treated for the virus.

It was the first time in eight days that the Southeast Asian country had confirmed additional infections.

Nearly 55,000 people remained in quarantine in the country on Saturday morning, according to the National Steering Committee for COVID-19 Prevention and Control.