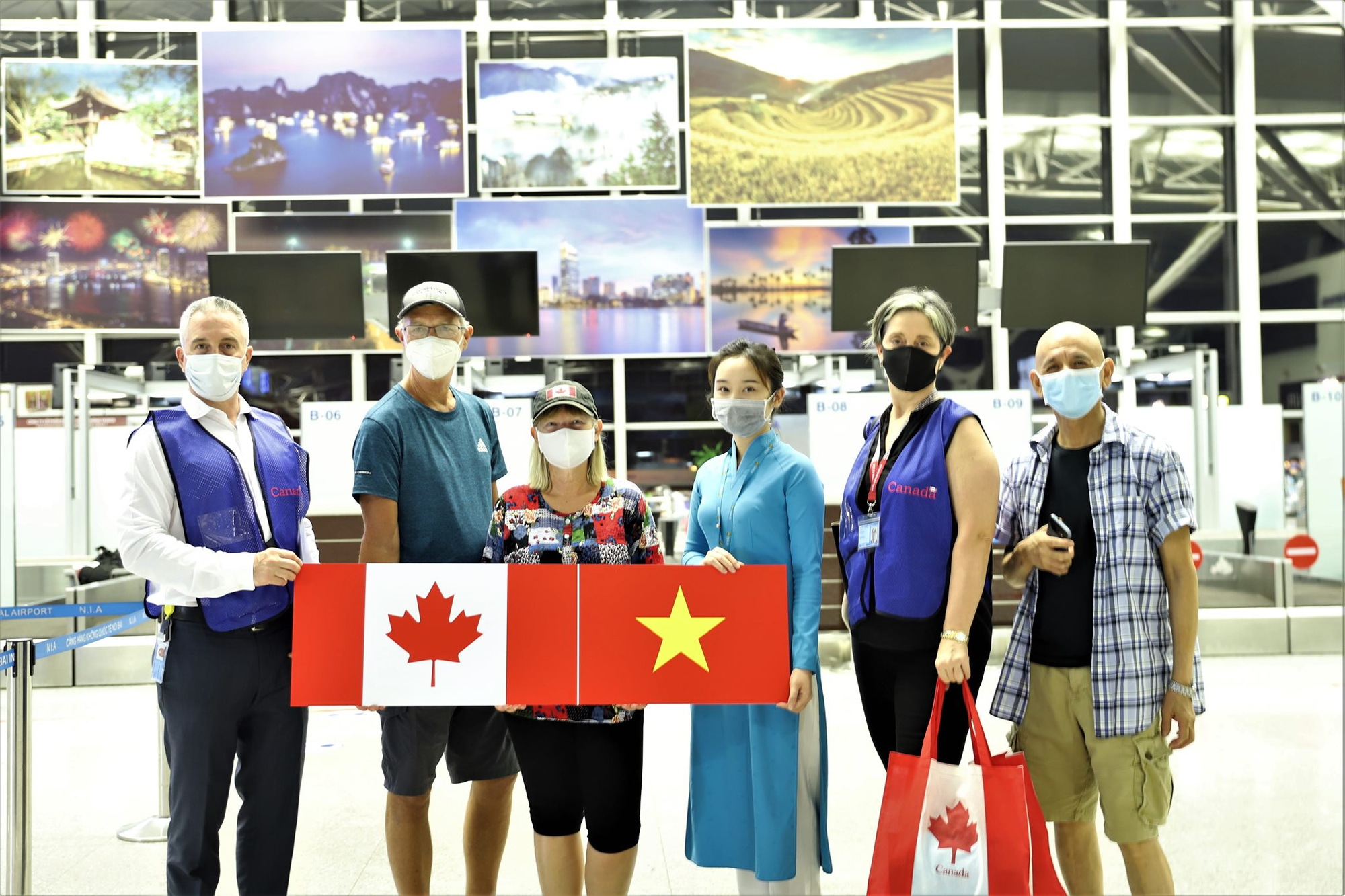 National carrier Vietnam Airlines on Friday declared the safe landing of a flight to repatriate 300 Vietnamese nationals stranded in Canada due to the novel coronavirus disease (COVID-19) pandemic.

On departure from Vietnam, the aircraft also carried Canadian nationals en route to their home country.

This is the first aircraft deployed by Vietnam Airlines to Toronto Pearson International Airport in the North American country after the suspense of international inbound flight under Vietnam’s COVID-19 prevention and control mandate from March 22.

Children under 18 years of age, senior citizens, persons with health issues and overseas students stranded in Canada made up the majority of passengers on this flight.

Representatives of the Embassy of Vietnam in Canada traveled to Toronto from Ottawa to support the Vietnamese citizens prior to their flight home.

After landing at Van Don International Airport in the northern province of Quang Ninh, all passengers and crew members underwent medical checkups and were placed in a collective quarantine camp.

According to Vietnam Airlines, the resources and expenses mobilized to organize the flights were way higher than usual.

The flight crew was made up of 30 people including eight pilots, 20 flight attendants, and two technicians to ensure decent rest time for all crew members during the 42-hour journey from Vietnam to Canada and back.

Earlier, the Vietnamese Ministry of Foreign Affairs said related government agencies in co-operation with the Embassy of Canada in Vietnam and Vietnam Airlines were working to repatriate Canadians stranded in Vietnam.

On the Canadian Embassy’s verified Facebook page, the Ambassador of Canada to Vietnam expressed gratitude to Vietnamese officials and Vietnam Airlines for their effort to facilitate the flight and bring Canada nationals back home.

Canada has reported over 3,000 deaths due to COVID-19 in the country, with total infections topping 51,000.

Vietnam has barred entry to all foreigners, including persons who hold visa exemption documents, starting March 22.

The Southeast Asian country has confirmed 270 cases to date, with 217 recoveries and no fatality.