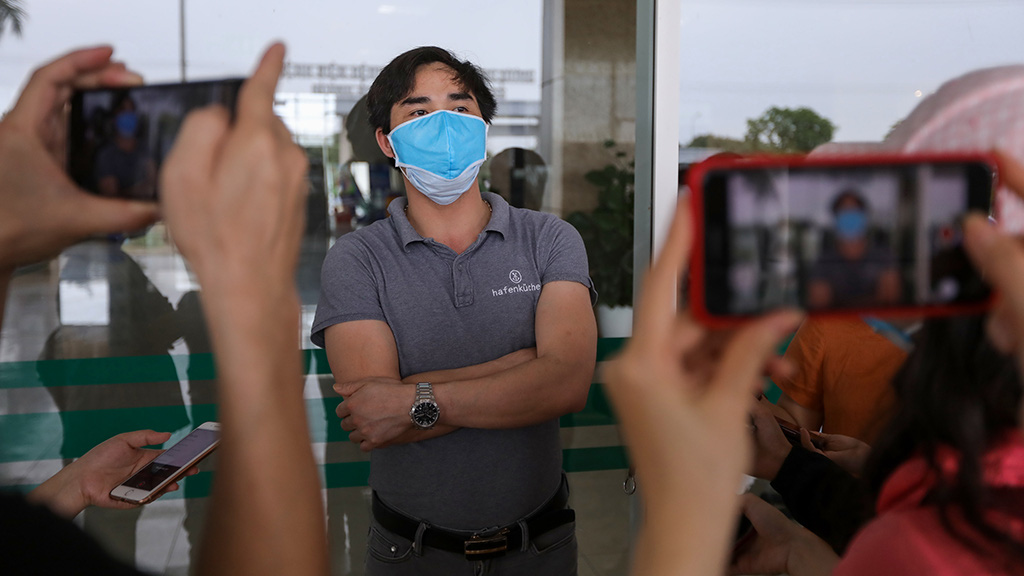 — Vietnam logged no new cases of novel coronavirus disease (COVID-19) on Wednesday morning, marking 20 days of no community spread. The tally is at 271, with 232 recoveries.

— A lockdown imposed since April 8 on Ha Loi, a village with nearly 11,000 residents in Hanoi’s Me Linh District, was lifted at 12:00 am on Wednesday.

— Police in Binh Dinh Province in south-central Vietnam on Tuesday issued an arrest warrant for Truong Hai An, former deputy director of the provincial Department of Labor, War Invalids, and Social Affairs, for “abuse of trust to appropriate property” after he had not shown up at his office for over a year. Many local residents have accused him of failing to pay billions of Vietnamese dong in debt. (VND1 billion = US$42,700)

— Police in Dong Nai Province in southern Vietnam on Tuesday busted a local protection racket and arrested its members, including two gang leaders Ly Thi Loan, 39, and Hoang Thi Tuyet Nhung, 35, for allegedly telling more than a hundred vendors near a local industrial zone to pay them “protection money” in order to conduct business there.

— Dr. Truong Thanh Trung, head of the health division in District 2, Ho Chi Minh City, told Tuoi Tre (Youth) newspaper on Tuesday that a ten-year-old boy, who is Vietnam’s COVID-19 patient No. 204, had tested positive for the virus again on the same day, 25 days after his hospital discharge. He has been admitted to a field hospital in Cu Chi District for monitoring.

— The administration of Lao Cai Province in northern Vietnam has submitted a report to the prime minister seeking approval for its Sa Pa Airport project at a cost of VND4.2 trillion ($179.41 million), down from VND7.11 trillion ($303.72 million) previously proposed.

— A Sumatran orangutan gave birth to a healthy female baby weighing around 1.5 kilograms at Dam Sen Park in District 11, Ho Chi Minh City on Thursday last week, its second offspring that had been born in captive conditions in eight years, the park’s board of directors announced on Tuesday.

— Prime Minister Nguyen Xuan Phuc has requested striving for economic growth of over five percent and controlling inflation below four percent this year, adding the government would not accept a growth rate of 2.7 percent as forecast by the International Monetary Fund (IMF) as he chaired a government meeting in Hanoi on Tuesday.

— An online dialogue between PM Phuc and the business community will take place on Saturday, allowing firms to communicate directly with the government leader. The event will be broadcast live on Vietnam Television (VTV).

— The novel coronavirus has infected over 3.72 million people and killed more than 257,800 around the world, according to statistics. More than 1.23 million patients have recovered from the disease.