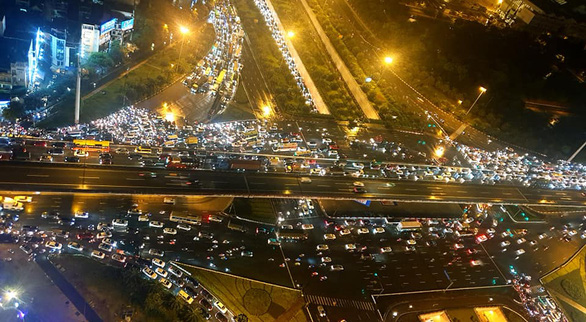 — Prime Minister Nguyen Xuan Phuc on Wednesday led a high-ranking delegation of the Vietnamese Party and State to attend the state funeral of former Prime Minister of Laos Sisavath Keobounphanh, who had passed away a day earlier.

— Vietnam logged no new cases of novel coronavirus disease (COVID-19) on Wednesday morning, marking the 28th day of no community transmission. The national tally remains at 288, with 252 recoveries and no deaths.

— Police in the Mekong Delta province of An Giang are urgently looking for a man who escaped from a local COVID-19 quarantine facility, said Le Van Phuoc, deputy chairman of the provincial People's Committee.

— Nearly 100 hectares of production forest in Ninh Hoa Town, located in the south-central province of Khanh Hoa, was on fire on Tuesday.

— As of Thursday morning, ten people have registered to donate their lungs to a critically sick British COVID-19 patient in Ho Chi Minh City, who has lost 90 percent of his lungs’ functionality and will not recover without a lung transplant.

— The 2020 national football tournament V.League 1 is set to come back on June 5 after a three-month delay due to the COVID-19 pandemic, the Vietnam Football Federation announced following a meeting in Hanoi on Wednesday.

— The novel coronavirus has infected over 4.42 million people and killed more than 297,700 around the globe as of Thursday morning, according to statistics. More than 1.65 million patients have recovered from COVID-19.