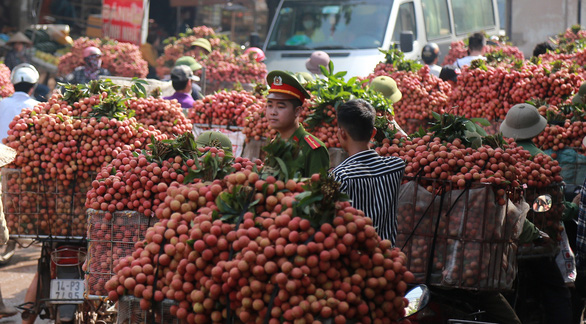 — Vietnam recorded no new cases of novel coronavirus disease (COVID-19) on Thursday morning, the 49th day of no community transmission. The national tally stands at 328, with 302 patients having recovered.

— The Department of Agriculture and Rural Development in the central city of Da Nang on Wednesday warned tourists to stop feeding local monkeys on the Son Tra peninsula, which has made the wild animals begin scavenging for food or aggressively stealing it from the visitors, sometimes causing quite a scene on the road that might result in accidents.

— A male teacher at Phuoc Minh Middle School in the southern province of Tay Ninh has asked for 'forgiveness' and handed his resignation after admitting to sexually abusing a number of his male students.

— Vietnam’s second mobile virtual network called Reddi, using the mobile infrastructure of the state-owned Vietnam Posts and Telecommunications Group (VNPT), was rolled out by operator Mobicast in Hanoi on Wednesday.

— The Vietnam Oil and Gas Group (PetroVietnam) has reported oil equivalent output of 8.99 million metric tons in the first five months of 2020, 4.4 percent higher than its target.

— A delegation of Japanese experts arrived in Vietnam on Wednesday to supervise the quarantining of fresh lychees expected to be exported to Japan shortly, according to the Plant Protection Department at the Ministry of Agriculture and Rural Development.

— COVID-19 has sickened over 6.55 million people and claimed more than 386,200 lives around the world, according to the Ministry of Health’s statistics. Over 3.01 patients have recovered from the disease.