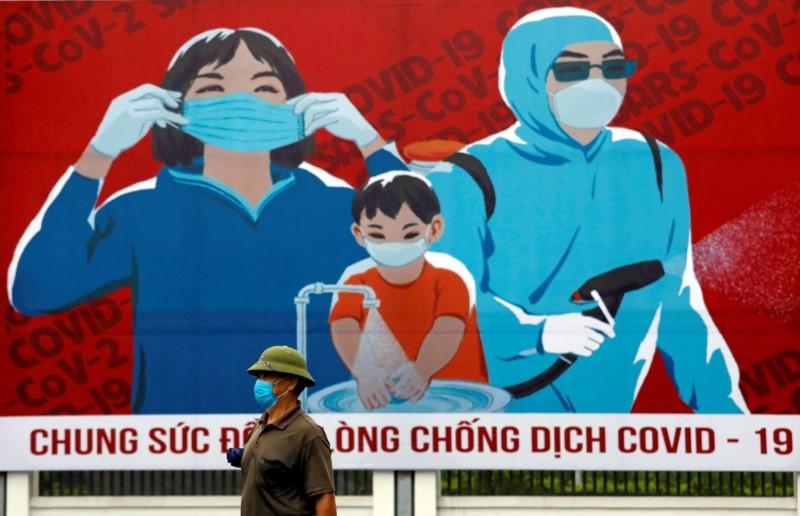 Vietnam says most serious COVID-19 patient on path to recovery

HANOI -- Vietnam’s most gravely-ill COVID-19 patient, a British pilot who works for its national airline, has started to recover from the illness and may no longer require a lung transplant, state media said on Wednesday.

Vietnam, which has reported no deaths from the coronavirus, has mounted an all-out effort to save the 43-year-old man, who has been identified officially by the government as “Patient 91”.

Until recently, the Vietnam Airlines pilot was thought by doctors and officials to be in urgent need of a lung transplant.

The fate of “Patient 91” has received unprecedented national attention, with more than 50 people in Vietnam offering themselves as potential lung donors, according to state media.

The man, who is being treated at a hospital in Ho Chi Minh City, can now smile, shake hands and respond to commands from hospital staff, the official Vietnam News Agency (VNA) said on Wednesday.

His reliance on artificial life support has also been reduced but he is still on a ventilator to allow his badly-damaged lungs to recover, VNA said.

He has tested negative for the coronavirus, and Vietnam has spent more than $215,000 treating him, the report added.

Through aggressive testing and a mass, centralised quarantine programme, Vietnam has successfully contained the spread of the novel coronavirus, putting it on course to revive its economy much sooner than most others.

Vietnam’s second most serious case, “Patient 19”, was discharged from hospital on Wednesday. Of Vietnam’s 328 coronavirus cases, 90% have recovered.