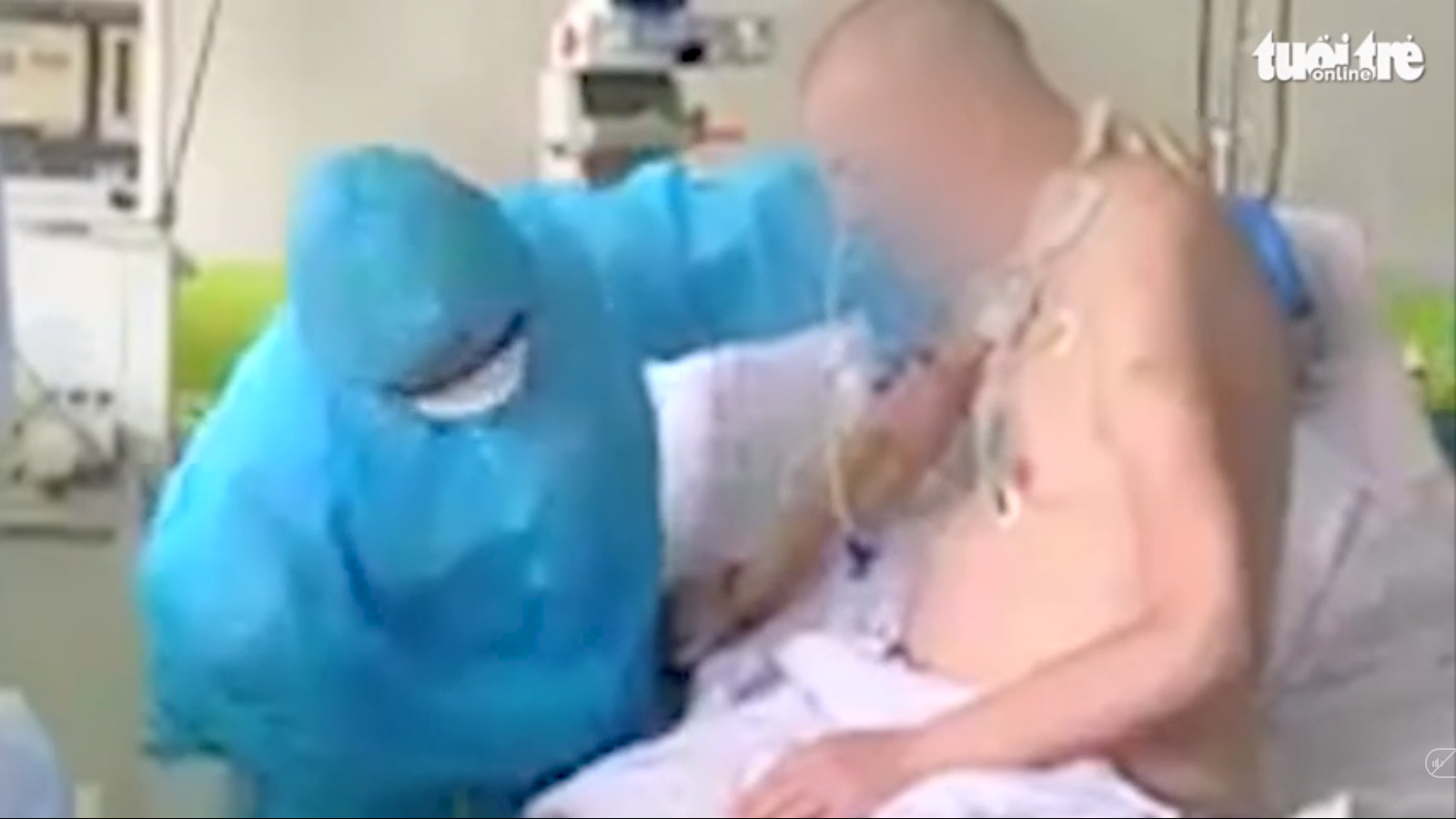 A British pilot who is Vietnam’s most seriously ill COVID-19 patient has been able to sit up and move his legs as his muscular strength continues to improve during treatment at a hospital in Ho Chi Minh City.

A video uploaded by Nguyen Thi Kim Tien, former Minister of Health, on Tuesday morning showed that the Briton is now able to sit on his bed and swing his legs.

The Ministry of Health reported on Monday that the patient had been responding well to doctors' commands and was able to write on a board and adjust the height of his bed unassisted.

It has been six days since doctors at Cho Ray Hospital in Ho Chi Minh City gave the green light to disconnect the Briton from ECMO after having used the machine to provide him with cardiac and respiratory support outside the body for 57 days.

He is now fully consicous, while the musclar strength of his arms and legs has gradually improved with the help of physical therapy that he has been getting twice a day.

The patient has also tested negative for a type of bacteria that had previously caused his lung infection.

His renal function has been recovering since May 27.

He is now cleared of the novel coronavirus.

The 43-year-old Briton, a Vietnam Airlines pilot, was identified as the country’s patient No. 91 after his COVID-19 diagnosis in mid-March.

On May 22, he was transferred to Cho Ray Hospital from the Ho Chi Minh City Hospital for Tropical Diseases after being declared free of the disease.

Vietnam’s COVID-19 tally stands at 332, with 316 having beaten the illness, according to Ministry of Health statistics. No death from the disease has been recorded.

No locally-transmitted infections have been documented in the community for 54 days.