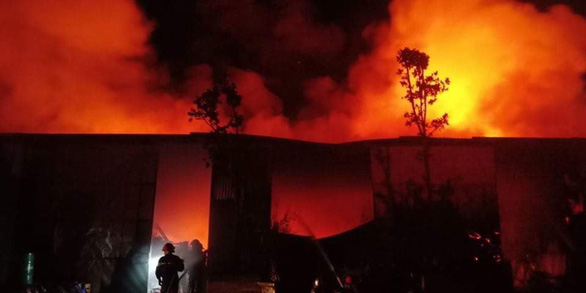 — A sailor who returned from Malaysia on May 30 and was quarantined upon his arrival was confirmed the latest novel coronavirus disease (COVID-19) patient in Vietnam on Friday, raising the national tally to 333. Only ten patients remained in treatment, including four having tested negative for the virus at least once.

— A tropical depression off central Vietnam became the country’s first storm in 2020, internationally known as Nuri, after entering the East Vietnam Sea on Friday, according to the National Center for Hydro-meteorological Forecasting.

— Vietnam spent more than VND12,387 billion (US$531.6 million) from the state budget on health activities and other works to prevent and combat the COVID-19 pandemic between January and May 2020, according to the Ministry of Finance.

— A 39-year-old woman in Co Do District, located in the Mekong Delta city of Can Tho, was killed after being struck by lightning while working on a rice field on Friday, according to the district’s steering committee for disaster prevention, search and rescue.

— A large fire broke out at a factory located next to the Forest Inventory and Planning Institute in Vinh Quynh Commune, Thanh Tri District in Hanoi on Friday night.

— Vietnam’s telecoms group Viettel is part of a consortium of companies that is building a high-performance submarine cable connecting Singapore, Japan, the Philippines, Thailand, Vietnam and China, according to The Straits Times.

— National flag carrier Vietnam Airlines has proposed that the government support it with a loan of up to VND12 trillion ($515 million) at the lowest interest rate possible and with a minimum term of three years to provide sufficient time for the aviation firm to overcome the impacts of the COVID-19 pandemic.

— Vietnam Airlines on Friday launched seven new domestic routes connecting Vinh City in the north-central province of Nghe An and the northern city of Hai Phong with other destinations in an effort to expand its domestic flight network.

— Over 7.7 million people have caught COVID-19 around the world, according to the Vietnamese Ministry of Health. Nearly 427,700 have died of the disease globally while almost 3.92 million have recovered.

— Two Northern Irishmen are set to be extradited to Britain to face manslaughter charges over the deaths of 39 Vietnamese people found in the back of a truck near London last year, Ireland’s courts heard on Friday, according to Reuters.