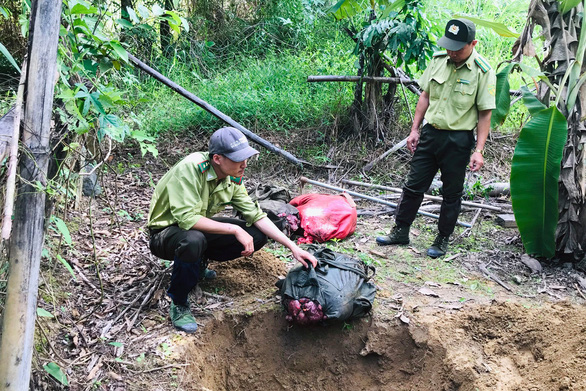 — Vietnam welcomes other countries’ positions on the East Vietnam Sea issue that are in accordance with international law, said the Ministry of Foreign Affairs’ spokesperson Le Thi Thu Hang when asked to respond to U.S. Secretary of State Michael Pompeo’s recent statement on the United States’ stance on maritime claims in the waterway.

— Eight experts from Russia have been confirmed to be infected with COVID-19 in Vietnam, bringing the patient tally to 381. They were quarantined upon arrival from Russia, according to the National Steering Committee for COVID-19 Prevention and Control.

— Prime Minister Nguyen Xuan Phuc and acting Minister of Heath Nguyen Thanh Long on Wednesday evening sent special congratulations to a team of around 100 doctors and nurses who carried out a successful operation to separate a pair of conjoined twins in Ho Chi Minh City the same day.

— Lien Minh Group, the developer of a brand new and rather controversial attraction in the Central Highlands city of Da Lat – the Quy Nui-Suoi Ma (Mountain Demon-Ghost Stream) tourist area – has decided to temporarily close the venue for the removal of its criticized demon statues from Thursday.

— The forest ranger department of Cat Tien National Park said on Wednesday that it was coordinating with police in the southern province of Dong Nai to arrest a group of loggers who had killed a 200-kilogram gaur in the park.

— FIFA announced on Wednesday the World Cup 2022 will be held from November 21 to December 18 in Qatar.