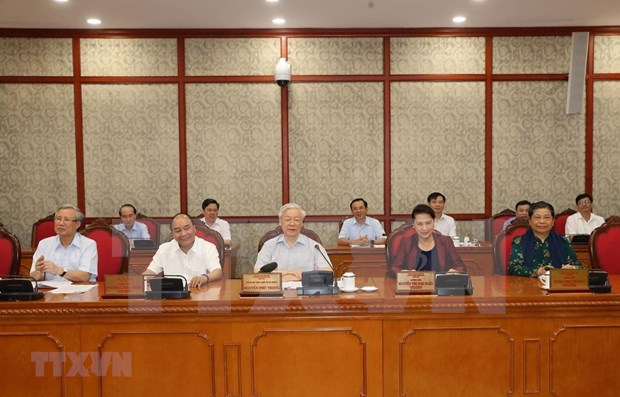 — Vietnam has provided US$100,000 to China to support its government and people in overcoming the consequences of recent devastating floods and earthquakes, the Ministry of Foreign Affairs announced on Friday.

— Ho Chi Minh City’s Department of Tourism and Department of Health have collaborated to introduce a website to promote medical tourism in the southern metropolis to visitors, the first of its kind in Vietnam.

— A male Russian expert who entered Vietnam on July 11 and was immediately quarantined tested positive for novel coronavirus disease (COVID-19) on Friday evening, raising the country’s COVID-19 infections to 382.

— A 58-year-old Vietnamese woman from Hanoi was able to reunite with her family on Friday after 24 years in China as a victim of human trafficking while she was being treated at a centralized COVID-19 quarantine camp in the northern province of Lang Son after being repatriated from Guangxi, China on July 3.

— Out of 12 Pakistani pilots with a valid working contract with Vietnamese airlines, nine have been confirmed by the Pakistani government to be using legal and valid licenses while three are still pending verification, the Civil Aviation Administration of Vietnam said on Friday, citing confirmation from the Pakistani Embassy in Hanoi.

— Vaccine Vietnam JSC has launched a new vaccination clinic in Ho Chi Minh City’s Binh Tan District, the seventh of its kind in the city and 33rd nationwide.

— The Politburo, the Vietnamese Party's top decision-making body, has agreed with a master plan to turn the north-central province of Thanh Hoa into a wealthy, civilized and modern province by 2030 during a meeting in Hanoi on Friday.

— The People’s Committee of Da Nang on Friday afternoon held a webinar themed ‘Da Nang – the Next Southeast Asia’s Silicon Valley for Investment’ with the participation of representatives from about 100 businesses in the U.S., Europe and Southeast Asia to promote the central Vietnamese city as an ideal destination for investors in the tech sector.

— Ho Chi Minh City’s deputy chairman Duong Anh Duc suggested at a workshop on the urbanization of Nha Be District on Friday that the suburban district can follow the development model of Thao Dien Ward in District 2, a once-rural area that has been turned into a neighborhood populated with high-end villas and a vibrant community of foreigners in the city.