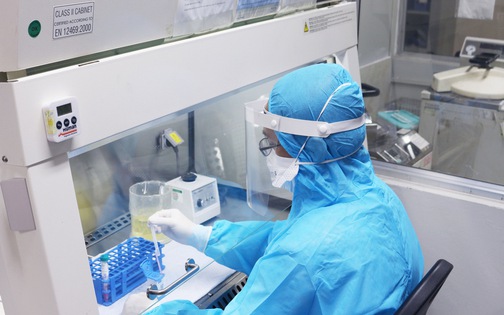 Vietnam announced on Tuesday evening that one COVID-19 patient had died after having tested negative for the virus four times.

The patient already passed away last week, the Ministry of Health said in a notice.

He was 61 years old, residing in Hai Chau District, Da Nang, a touristy city on the central coast.

He had a history of hypertension, chronic renal failure, type-2 diabetes, and chronic obstructive pulmonary disease.

On the afternoon of August 12, the man died of complications from chronic renal failure at Hue Central Hospital, located in Thua Thien-Hue Province.

This is not counted as a COVID-19 death because the victim was negative for the pathogen upon his death, the health ministry said.

He was the second domestic case to have been registered in Da Nang, an outbreak epicenter, since the beach city started to be battered by a new wave of community-based infections on July 25.

The patient was confirmed to contract the virus on July 27. He was one of the most critically ill patients in this new wave.

One virus-related fatality was logged on Tuesday morning, taking the death toll in Vietnam to 25.

Vietnam on Tuesday documented a total of 13 coronavirus patients, including three cases imported from the Philippines, Taiwan, and Equatorial Guinea. The imported cases had been quarantined upon arrival at the airport.

It has recorded 989 cases since the virus first hit in January, with 526 having recovered from the disease, according to the health ministry.

Five hundred and nine local infections have been reported since July 25, when the country documented its first community-based case after 99 days. Most of the cases have been traced back to Da Nang.