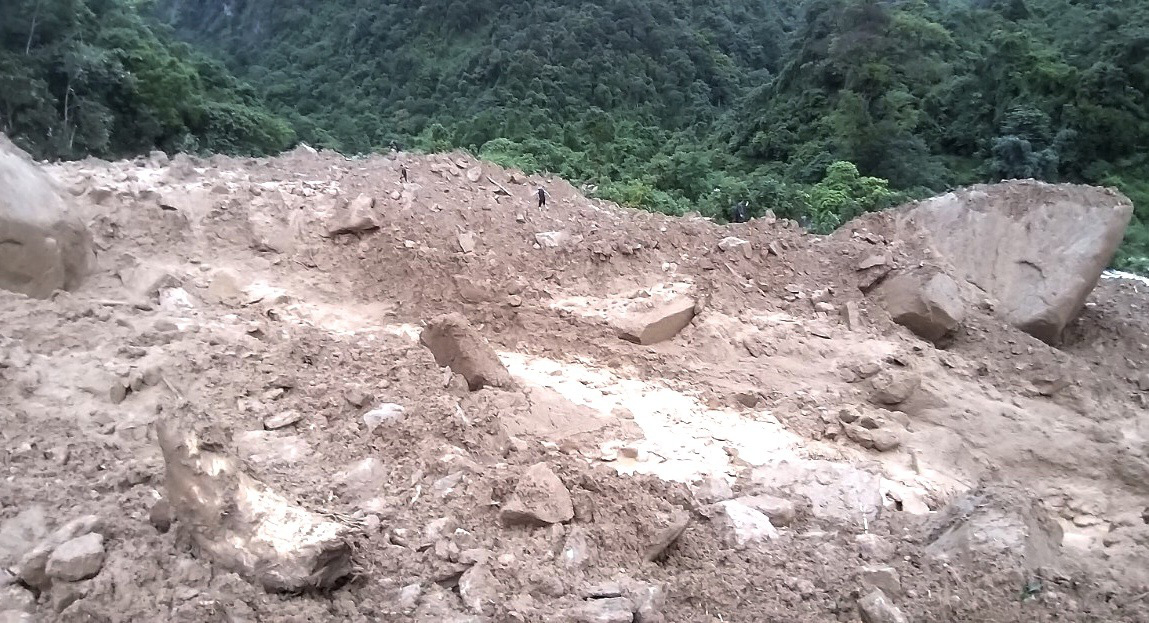 One dead, two missing in landslide, flood in northern Vietnam

A man died in a landslide in the early hours of Tuesday while two others are missing after being swept away during heavy flooding on the previous night in two separate incidents in northern Vietnam.

A landslide hit the northern province of Lai Chau early on Tuesday morning as thousands of cubic meters of earth and rock rushed down the mountainside in Ho Thau Village, Ho Thau Commune, Tam Duong District, according to a report by the provincial Steering Committee for Natural Disaster Prevention and Control, Search, and Rescue.

One person was killed in the incident. The victim, Phan A Tuc, resided in Rung Khoi Kheo Thau Village in Ho Thau Commune.

His body was found at 6:00 am Tuesday after the Ho Thau Commune People’s Committee mobilized on-site forces including police and militiamen to remove the rubble.

“The ongoing torrential rain and landslides have caused challenges for the rescue team to remove the body,” said Quach Ta Thien, the commune’s chairman.

In a separate incident, two people in a pickup truck were swept away by floodwaters when the vehicle attempted to cross an underground overflow system in the northern province of Vinh Phuc during heavy rain on Monday night.

The driver was rescued by local residents but a woman and a two-year-old girl in the truck are still missing.

The local authorities, rescuers, and residents are scouring the area for the two missing people.

According to the National Center for Hydro-meteorological Forecasting, provinces in northern Vietnam are experiencing heavy downpours due to the effect of a tropical depression which is expected to evolve into a tropical storm in the East Vietnam Sea.