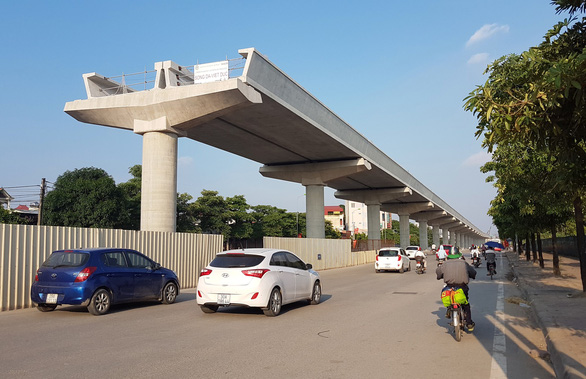 The Hanoi administration is seeking the go-ahead from the prime minister to develop a 38-kilometer-long metro line worth around VND65.4 trillion (US$2.8 billion).

The line is envisaged to link Van Cao Street in downtown Ba Dinh District with the outlying district of Quoc Oai, which is home to the Hoa Lac Hi-tech Park.

The route will accommodate 21 stations, comprising six underground stops and 15 elevated ones, as well as two depots, with one covering around 18 hectares in Hoai Duc District and the other occupying seven hectares in Thach That District.

Hanoi authorities want to allocate part of the city’s state budget worth around VND15 trillion ($648 million) for the development of the metro line between 2022 and 2026.

The remainder will come from privatization and divestment deals worth VND18-20 trillion ($778-864 million), bond issuance totaling VND10 trillion ($432), and loans from local and international credit institutions.

The municipal authorities suggested the prime minister establish a national appraisal council to review the pre-feasibility report before submitting it to the legislative body late this year.

The Van Cao-Hoa Lac metro line is among the eight metro systems Hanoi plans to develop until 2030 to improve the city’s public transportation and reduce traffic congestion in the capital, which now accommodates around 7.5 million people.

So far, only the Cat Linh-Ha Dong and Nhon-Hanoi Station lines have been almost complete.