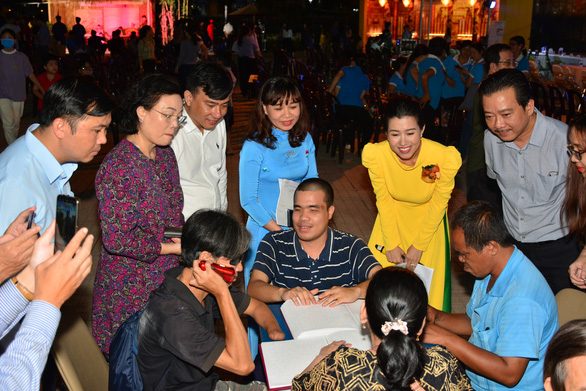 — The Vietnamese government resolved to record GDP growth of 2.5-3 percent this year at its recent monthly meeting, Minister and Chairman of the Government Office Mai Tien Dung told a press conference on Friday.

— One Vietnamese returnee from Japan on September 30 has tested positive for COVID-19, the Ministry of Health announced on Friday evening, increasing the country’s tally to 1,096. The patient was put in quarantine upon her arrival.

— Two teachers died and another was seriously injured after a pickup truck fell off a cliff in Ky Son District, located in the north-central province of Nghe An, on Friday afternoon.

— About 35,000 cubic meters of dioxin-contaminated soil at A So Airbase in the central province of Thua Thien-Hue will be remediated under a VND70 billion (US$3,050) project conducted by the Ministry of Defense, which was kicked off on Friday morning and will be completed in two years.

— The Ho Chi Minh City Department of Transport will prohibit all vehicles from passing through Nguyen Huu Canh Overpass in Binh Thanh District to repair this route from October 3 to March 29.

— The State Treasury collected over VND60 trillion ($2.59 billion) from government bond auctions on the Hanoi Stock Exchange (HNX) in September, up 163 percent from the previous month.

— The Ho Chi Minh City Department of Culture and Sports, the Department of Information and Communications, and the People’s Committee of District 2 on Friday evening launched the Reading Culture Day aimed at promoting a reading culture in the community.