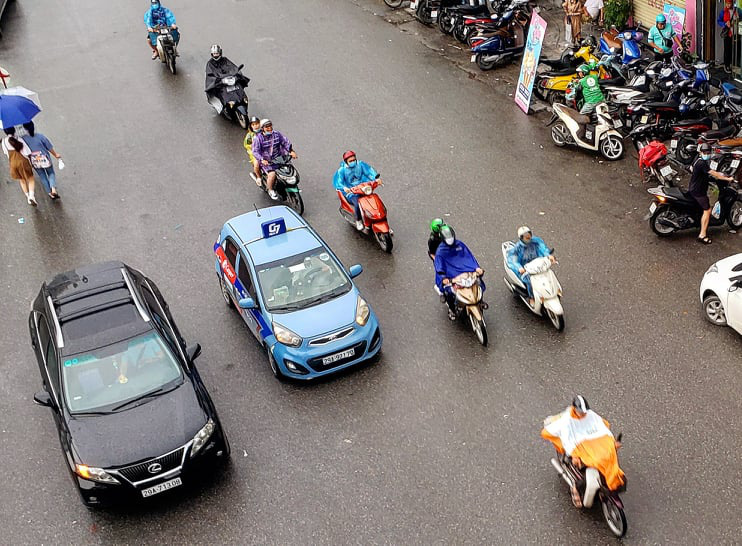 -- The Patriotic Emulation Congress of Hanoi for the 2020-25 period was held in the capital city on Saturday with the attendance of Prime Minister Nguyen Xuan Phuc.

-- Vietnam had no new COVID-19 cases to report on Sunday morning, entering the 32nd consecutive day without any infection in the community. The country’s tally stands at 1,096, with 1,020 having recovered and 35 deaths.

-- More than 350 Vietnamese citizens were taken home from the UK on a flight arranged by Vietnamese authorities, the Vietnamese Embassy in the UK, Vietnam Airlines, and other British agencies on Friday and Saturday.

-- A cold spell is entering northern Vietnam and is expected to bring downpours to the region from Sunday evening until the end of Monday, the National center for Hydro-meteorological Forecasting reported, adding that rain will intensify in southern Vietnam from Tuesday.

-- Police in the northern province of Lao Cai are hunting for a man who was caught on CCTV beating a two-year-old girl at a local kindergarten, as he did not show up after being summoned by officers multiple times.

-- Authorities in Ho Chi Minh City are looking for suitable one- to two-star hotels that can offer paid quarantine services in order to provide more affordable options for arrivals in the metropolis.

-- The Ho Chi Minh City Department of Transport has proposed the pilot phase of a public bicycle system that includes 43 stations along major streets in District 1, as well as Dien Bien Phu and Vo Thi Sau Streets in District 3, where bus-only lanes are expected to be established in the coming time.

-- A ferry route connecting Can Gio District in Ho Chi Minh City and the southern beach city of Vung Tau is expected to be put into operation prior to January 1, according to the project developer.

-- The construction of a VND8 trillion (US$345.15 million) wind farm was launched in the Mekong Delta province of Bac Lieu on Saturday.