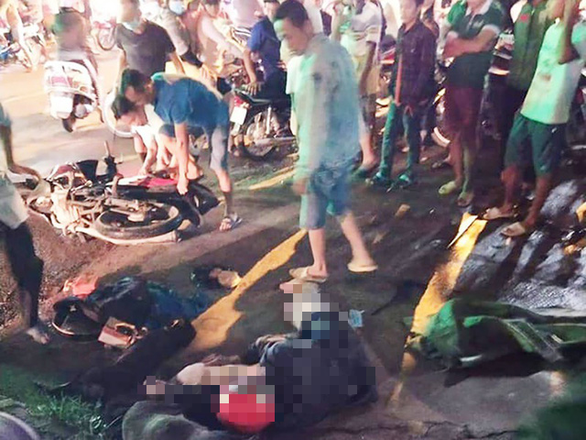 A man has been hospitalized after being reportedly beaten by locals in Ho Chi Minh City for allegedly stealing a dog.

A source told Tuoi Tre (Youth) newspaper on Tuesday that police in Hoc Mon District are investigating the alleged beating of the man in question, only known as D..

Early reports said that D., a Hoc Mon resident, and another man were carrying the body of a dog on a motorbike on Nguyen Anh Thu Street on Monday evening when someone shouted for help and chased after them.

The two men fell off their bike after speeding for a distance.

D. was then believed to be assaulted by some locals to the point of becoming uncoscious.

The other man had managed to flee the scene.

Local police officers quickly arrived at the site after being informed of the incident.

They took D. to a nearby hospital.

An official in Hoc Mon said that noboy had ever been beaten for stealing dogs in the district so far.

Local authorities have kept warning local residents that both plundering dogs and attacking dog thieves are breaking the law, the official added.